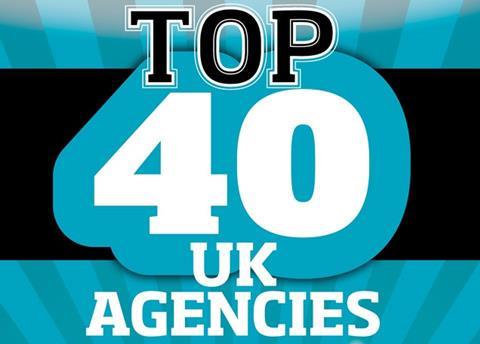 By that measure it would appear the uncertainty created by the EU referendum last June had, if anything, a positive impact.

However, while last year only three of the 40 agents recorded negative growth, this year 15 saw revenues fall - among them half the firms in the top 10. What’s more, for many companies that have seen revenues grow in the last year, that growth has been pretty anaemic. The average percentage uplift across the top 40 was just 5.0% and yet the sector as a whole recorded that seemingly very healthy 16%. So what’s going on?

The vast majority of the uptick in income is explained by quite staggering increases in the UK’s - and the world’s - two biggest real estate advisory businesses: CBRE and JLL, which saw revenue growth of 41.1% and 28.1%respectively. By comparison, Savills, which takes the bronze medal, saw growth of just 3.2%.

Where Cushman & Wakefield would figure at the top of the list is unknown - for the third time since the merger with DTZ the company declined to supply figures - but what is abundantly clear is that both CBRE, which has taken the top spot once again, and JLL have had stellar years in terms of revenue growth in their respective UK businesses.

CBRE’s growth of more than 41% saw its UK revenue increase from £992m to a whopping £1.4bn in a single year. But it wasn’t just in the UK that the business recorded impressive results. The figures for its Europe-wide operations are particularly eye watering, with revenues up from £1.25bn to £2.89bn - a rise of 130%. Globally, revenues increased by 20%, from £8.55bn to £10.27bn.

“As these results show, over the past few years we have focused our efforts on truly understanding our clients and their needs and have grown and diversified our business accordingly,” says Ciaran Bird, UK managing director at CBRE.

Critical to our success has been our investment in our people and technology - Ciaran Bird, CBRE

“Last year saw the successful integration of JCI’s Global Workplace Solutions acquisition - a critical piece of our end-to-end occupier services offer, which, under the stewardship of Ian Entwisle, has in no small part contributed to the significant growth of our business as a whole.” 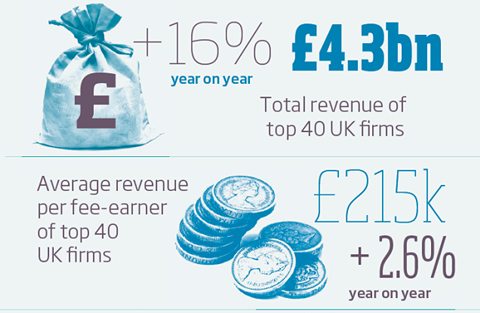 “Despite the challenges of the EU referendum last year, we delivered market share gains and revenue growth across virtually all service lines and regional offices,” he says. “Critical to our success has also been our ongoing investment in our people and technology.”

Bird adds that there is more to come, particularly in CBRE’s capital markets division. “We continue to grow and enhance all areas of our UK business, whether it be our new small-caps team targeting sub-£10m deals, our UK-wide development and residential capital markets team or our capital advisers capability, which enables us to provide unrivalled optionality and innovative financial solutions,” he says.

“We are experiencing increasing demand from clients for one-stop integrated services. Our move to bring all of our advisory and transactions services together as single team last year means that we are strongly positioned
to deliver for them.”

JLL’s figures aren’t quite as stratospheric as CBRE’s, but they are still sufficient to attract envious glances from most other firms. In the UK, revenues grew from £597m to £765m, or 28%, while across EMEA income was up 11% to £1.4bn. Globally, however, the company surpassed even CBRE in terms of growth, with worldwide revenues up 30%, from £3.9bn to £5.09bn.

Brexit uncertainty has not had a long-term impact on the UK economy - Chris Ireland, JLL

“The results suggest that the uncertainty following the EU referendum has not had a long-term impact on the resilience of the UK economy and the property sector,” says Chris Ireland, UK chief executive at JLL. 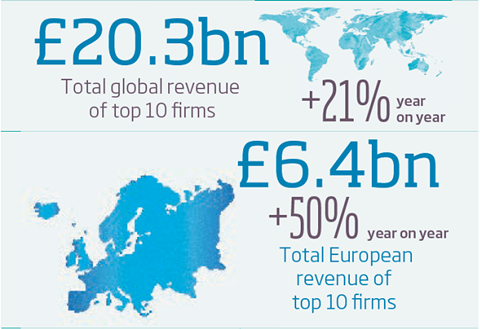 JLL’s last financial year came to an end in December, but Ireland says the high levels of business have continued into 2017. “The London office investment market had a record-breaking turnover in Q1 this year and this momentum has been sustained in Q2,” he says.

“Cross-border investors are clearly still attracted to the higher yields on offer in London compared to many other global markets, along with the depth and liquidity of the market, and we expect that to remain a strong area for our revenue.”

Indeed, Ireland says that most of its business lines are performing well. “So far this year, nearly all areas of our core UK business are ahead of last year,” he says. “There are a lot of opportunities out there to align with our clients.”

In terms of other areas for future growth, Ireland references both alternative markets and an increasing focus on technology.

“Alternatives is a key growth area as we are predicting that the sector is expected to see returns of 7% compared to 4% for commercial property,” he says. “We are also focusing on organic growth and are getting ahead of the curve in the tech and digital space.”

One big name that doesn’t feature on the UK list is BNP Paribas Real Estate, which elected not to provide UK figures but instead chose to supply numbers for its Europe-wide operations. The company stated that changes to the way its financial results are reported, coupled with various currency shifts, meant the numbers would not be comparable with previous years.

However, the European figures are impressive. While BNP Paribas RE comes in fourth after Savills in terms of total revenue, it takes the second spot when it comes to growth. In the past year, total European income - which for BNP Paribas RE is also global income - increased by 19%, from £507m to £601m. 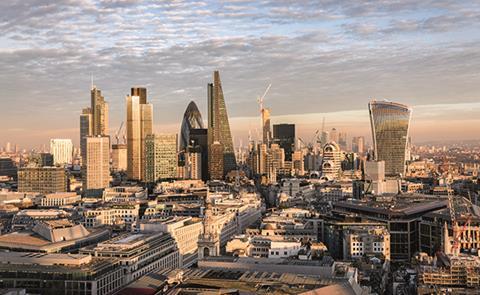 “It was a year of good progress against a difficult backdrop,” says BNP Paribas RE chief executive John Slade. “We launched key international business lines led from the UK in retail, logistics and real estate occupier solutions, as well as a UK leisure team and new homes business.”

It was a year of good progress against a difficult backdrop - John Slade, BNP PRE

Slade cites industrial and office agency deals in the UK as other important factors in the company’s growth story.

“We completed some of the largest industrial and office agency deals in the market, including the largest London office deal since 2013 of 513,000 sq ft at Canary Wharf, and took greater market share, completing £2bn of investment deals, including some major London transactions through our Asia platform.”

Falling just outside the 10 biggest UK agents, Gerald Eve also had a good year, with the de facto takeover of Deloitte Real Estate’s capital markets division helping to boost its numbers. Overall, the company saw revenues increase by 14%, from £54m to £62m.

“Our growth over the past year has been a mixture of organic expansion in the firm’s traditional strengths and a step-change in our investment and agency offer,” says Simon Prichard, senior partner at Gerald Eve. “The successful integration of new and existing teams has been a key part of this growth. The acquisition of transactional staff in 2016 has both broadened and deepened our revenue base.”

Gerald Eve’s traditional service lines include both planning and business rates - and on the latter it would be surprising if the company hasn’t benefited from the wide exposure it has achieved in the past year.

In the fallout from the 1 April revaluation and the ongoing storm surrounding rates reform, it has been difficult to miss Gerald Eve’s voice. “Service lines such as planning and development and business rates have continued to perform strongly,” confirms Prichard.

He adds that Gerald Eve is continuing with its growth strategy, in particular seeking to capitalise on its acquisition of the Deloitte team.

“We’ve shown that Gerald Eve is both willing and able to seize an opportunity when it is presented,” he says. “For example, just this month we have recruited three new investment asset management specialists - and will continue to bring in new talent that can benefit clients and the firm.”

Some smaller firms also saw substantial revenue growth, not least MJ Mapp (23%), Matthews & Goodman (30%) and Roger Hannah & Company (31%). But given the size of these firms, such figures, impressive though they are, have little impact on the results for the overall market. Instead, it seems the reality for a majority of companies is either weak or negative growth.

The change in mood is also represented in the qualitative data. Last year, 35% of respondents said that they expected their firm to see M&A activity in the year ahead, with another 35% saying they didn’t. This year, the equivalent figures are 29% and 49% - a clear indication of a less bullish sentiment in the industry.

So while it is tempting to use the headline 16% revenue growth figure to paint a rosy picture of the health of the overall market, the truth is that statistic is being distorted by some truly remarkable growth figures at the very biggest companies in the sector. Taken in the round, this year’s report is far less positive than was the case last year. So much for shrugging off Brexit.

Methodology
All the tables were compiled using data supplied by the companies themselves. For the third year since its merger with DTZ, Cushman & Wakefield elected not to participate. BNP Paribas Real Estate elected not to provide UK figures but instead chose to supply numbers for its Europe-wide operations. All currency conversions were correct at the time of submission. For enquiries about the survey contact: adam.branson@propertyweek.com