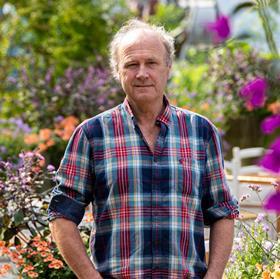 Ahead of his keynote speech at the ULI UK Conference - which will discuss some of the valuable lessons Covid has taught society - Sir Tim blasts modern developments that cause ‘mass misery’ and says that we need to see the houses of architects and planning committee members before appointing them to make sure “they’ve got taste and a sense of place.”

But a radical shift in our collective moral compass could completely alter the way we think about business, sustainability, and the built environment, Sir Tim argues.

Stream this podcast via Apple Podcasts or Spotify

“What on earth made us as human beings think it was acceptable for anybody to be polluting the water which belongs not only to us but to future generations?” Sir Tim asks. “What made us think that about air? What made us think that about fertile soil? That is nothing to do with capitalism, it is to do with a poor moral compass. I think what we’re going to see is a very radical shift in business all over the world.”

Criticising the fundamental unsustainability in how consumer goods and homes are created, Sir Tim says the only alternative to wholesale change is the introduction of widespread carbon taxes for everything from fridges to homes. Consideration of soil and the pesticides we use will no longer “sound like hippie stuff”, but will “become a new normal, a new moral compass about design and livability.” 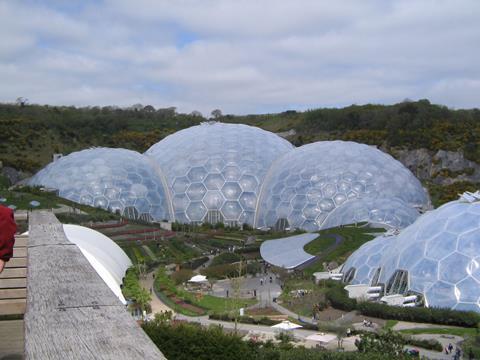 Among Sir Tim’s goals for The Eden Project are to “demonstrate that humans can live really really well without having to use more than the planet can sustain.” The Eden Project creates its own energy using solar and is currently building an onsite geothermal electricity plan that will generate approx 4MWe, enough to supply electricity to Eden and 5000 surrounding households.

Listen to BossCast via Apple Podcasts or Spotify

The £16.8m project, mostly funded by Cornwall Council and the European Union, has been praised by head of the United Nations Climate Change Conference Alok Sharma, who said the geothermal energy scheme is an example of the UK “leading by example”. The digging of a well for the plant, sunk nearly 4.5 km into the granite crust, has begun this month.

Since opening its doors in 2000, the Eden Project has had over 19 million visitors and has contributed over £1.9 billion to the Cornish economy. Sir Tim is now focused on Eden Project International, the development arm of Eden which is aiming to have an Eden Project on every continent by 2025. Through this, he hopes to encourage more self-sufficient and sustainable settlements, and above all environmental education.

In terms of building sustainably, Sir Tim argues we need to rethink the materials used in construction.

“It’s absolutely preposterous not to build in timber, when most of the world will build on timber, on the grounds of fire risk. Why does it need to be a fire risk? Since when did we not put in fire alarms that worked?” he asks.

Sir Tim also thinks that much needs to be done to close the gap between the haves and the have-nots.

“It is preposterous that the wealth gap between the poorest in our society and the wealthiest in our society is greater than it was in the Victorian era. That doesn’t make me feel excited about being part of the human race or part of Britain. That is only going to change with an act of will,” Sir Tim says.

Sir Tim will give the keynote speech on 10 June at the ULI UK Conference You can book tickets here for what is sure to be an interesting and thought provoking speech.