In our second ESG Propcast, Elementa’s Clara Bagenal George and Hawkins\Brown’s Louisa Bowles, argued that considering the whole life cycle of a building is essential if Britain is to achieve its net-zero targets. 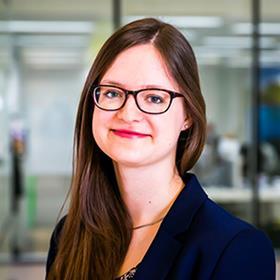 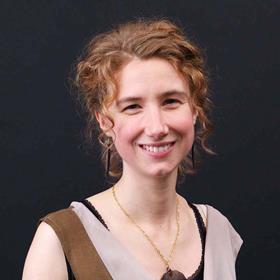 Speaking to Blackstock Consulting founder Andrew Teacher, both Bagenal George and Bowles said that there needs to be consensus across the UK on what net-zero means for different types of buildings.

It follows last week’s discussion with Aviva’s ESG chief, Ed Dixon, which you can find here.

As members of the London Energy Transformation Initiative (LETI), a network of over 1,000 built environment professionals working to put the UK on the path to net-zero, Bagenal George and Bowles have played a critical role in helping align industry views in this area.

When thinking about net-zero, we need to consider the whole life cycle of a building, by breaking down carbon emissions into two categories: operational and embodied. The former is the carbon footprint of running and managing a building on a day-to-day-basis, while the latter encompasses all of the emissions associated with the maintenance, repair, extraction, production and transportation of materials.

Bowles and Bagenal George both celebrated the progress that has been made around creating a clear definition of operational carbon, and improving public understanding, however, they agreed that much remains to be done when it comes to embodied carbon. Bowles commented that this is largely because embodied carbon is “more abstract… They’re the unseen carbon emissions.”

There’s increasing recognition of how taking a circular economy approach to design and installation can reduce embodied carbon emissions, for example by designing for disassembly. However, Bagenal George said that one area where embodied carbon is still particularly misunderstood is in relation to the carbon cost of MEP (mechanical, electrical and public health) systems. She explained that in retrofit schemes MEP “could account for 80 percent of the embodied carbon,” yet most people are not calculating this at all, or at least not properly.

To combat these misperceptions, Elementa recently released the TM65 toolkit which sets out a simple method to calculate the embodied carbon of MEP. “It’s not until you start visualising the impact of your decisions, that you really know where the biggest loads are coming from,” said Bagenal George.

Being able to accurately calculate embodied carbon will have a radical impact on the approach and strategies of developers, investors and policy makers who up until now have most likely been miscalculating the embodied carbon of their portfolios. It will provide companies with a much more robust way of analysing performance and making decisions.

“The industry is beginning to redefine good,” said Bagenal George, and “anybody who’s not aligning with those targets will be behind when the buildings are built out.” However, she also advised companies looking to create meaningful climate strategies not to “think too far into the future but decide what you need to change this year, and by 2025, and make some key targets that you can track.”

Please subscribe to PropCast by searching for it on Apple or Spotify.