Ian Marcus OBE is a real estate industry veteran known for being Credit Suisse’s chairman of real estate investment banking and roles chairing the BPF and advising firms such as Secure Income Reit and Eastdil Secured, and for his charity work supporting the Prince of Wales. 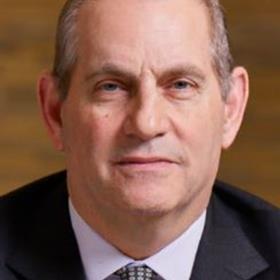 As part of the BossCast series, Marcus spoke to Blackstock Consulting founder Andrew Teacher about the future of lending, re-pricing in the commercial real estate market, and the continued importance of the life sciences and student housing sectors.

One of the biggest questions investors now ask is how secure income from real estate can be – given the spate of retail failures and the weight of office occupiers calling time on central business districts.

“There’s been a reassessment of what credit risk is, but with Secure Income Reit you have to look beyond that: their track record speaks for itself in moving in and out of public and private vehicles,” Marcus says. “There has always been significant alignment of interests and we have a board that includes Martin Moore and Jonathan Lane.”

“Nick Leslau and the team are always assessing opportunities and despite one or two challenging moments, we’re seeing our way through it. It’s a great example of managing your exposure.”

Eastdil, where Marcus acts as European chairman, has been “on an astonishing journey”, he says. It’s particularly poignant at this moment, he explains, because Ben Lambert, the firm’s visionary founder, recently passed away.

“It’s made us reflect on his vision,” he muses. “Ben saw these two parallel universes of real estate and capital market back in 1967 and said, ‘I’m going to create a real estate investment bank that brings both together.’”

Global investment banks did not recognise real estate as a core business until relatively recently, he explains, and Lambert’s ability to bring together real estate and capital markets proved insightful.

Explaining how Eastdil has coped through the pandemic, Marcus says: “Early on we decided there was no point pontificating about vaccines or lockdowns. The market wanted real life data. It was better to say we’ve sold this, bought that and raised debt against this. And we made a decision to over-communicate with our client base.

“As activity returned, we’ve supported the European market with data and have gone from strength to strength over the last year.”

Speaking on the trajectory of life sciences in the UK, Marcus describes a “perfect storm”: the pandemic has diverted public sector funds toward healthcare, there’s been increasing collaboration between academia and industry, and international capital is flowing into European markets.

“We’re very fortunate to have some of our leading academic institutions realising they can commercialise their research,” Marcus says.

“And there’s a wave of North American capital seeing the opportunity in Europe, and that we’re behind the curve. The BioMed recapitalisation was one of the most successful examples of fundraising in recent times.”

As President of the Cambridge University Land Society (CULS), Marcus is aware of the changing needs of students. He remains optimistic about the viability of purpose-built student accommodation (PBSA) beyond the pandemic and it’s clear his role at CULS is one he really cherishes.

“PBSA is a good example that, when you look at this crisis, you need to differentiate between cyclical and structural shifts,” he notes. “We all hope the health crisis is temporary, and although student accommodation has suffered, I anticipate a lot of that is temporary as the fundamentals remain strong.

“There are structural changes in many areas, but you can take a medium-term view that student accommodation will come back. It’s another example where we need to differentiate between best in breed and the rest.

“If it’s good enough for Blackstone and Jonathan Grey to take a near £5 billion view [through its acquisition of IQ Student] – and their view is that the fundamentals are sound – it should be good enough for everyone.”

Reflecting on some of the tussles between retailers and landlords, Marcus is critical of the government’s “one-way bet” against the real estate industry and of the sector’s difficulty in communicating the contributions it makes. “The industry has failed to resonate with Westminster and Whitehall,” he says, “there’s no recognition of the industry’s broader contribution and it’s important we recognise why the Chancellor wanted to protect occupiers, but it’s totally one-sided.”

Warning about the potential knock-on effects for lending, he adds: “An occupier’s crisis can quickly become an owner’s crisis, and from there a lender’s crisis - with broader economic consequences.”

Diplomatically, Marcus refuses to be drawn on the governance scandal facing the RICS, other than to pointedly add: “I have a diploma on my wall that says I’m an honorary fellow of RICS. The organisation has a key role, and it’s disappointing to see the recent events.”

Listen to previous episodes in the BossCast series: