Gap exposed between what public and the industry think

The UK’s attitudes towards housing are changing but there is a major misalignment between what people want and what the property industry think they want, reveals research shown exclusively to Property Week by international law firm CMS.

The report, Urban Being, collated data from 6,500 consumers living in six European cities – London, Manchester, Glasgow, Paris, Berlin and Amsterdam – and compared it with the perspectives of 206 real estate professionals.

The findings offer a fascinating insight into the sometimes stark differences between what people say they want and what the industry currently offers, particularly when it comes to rental accommodation.

The research compares what consumers say will be most integral to their next property move with what the real estate sector thinks its customers prioritise.

While their opinions are evenly matched in some areas, for example energy-efficient buildings and proximity to place of work, the survey highlights a significant disparity in others.

The report suggests the sector puts too much stock in consumers’ interest in living close to transport links or amenities such as shops and restaurants, with 83% and 65% of real estate professionals prioritising these compared with 58% and 40% of consumers.

On the flipside, the research suggests the sector has under-estimated the importance of being close to family, having spacious living areas and owning pets.

For instance, 43% of consumers say the option to have pets would be integral to their choice of home compared with just 10% of real estate professionals.

CMS head of real estate Ciaran Carvalho says the disparities are probably down to build-to-rent (BTR) still being a relatively new market, especially in the UK.

“I think it’s still a bit nascent in the real estate industry,” he says. “We haven’t had rental products like they have in the US and Canada, where they’ve had multifamily for many years. Europe is ahead of the UK too, but the UK is clearly trying to catch-up.”

Much of the conversation around the rise of BTR in the UK is based on the idea that younger generations are less interested in owning things and want to spend their money on experiences instead.

The generational difference in attitudes towards home ownership is illustrated in the report, which reveals that 40% of iGens – those born between 1995 and 2012 – find it appealing, compared with 70% of baby boomers. 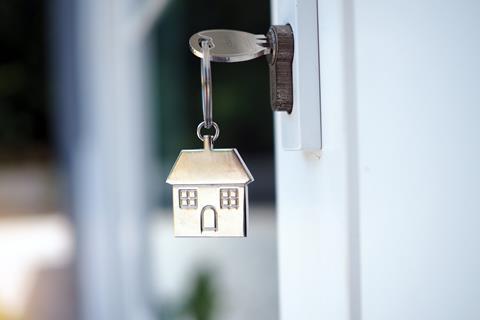 Overall, 56% of respondents across all age groups think owning a property is less important than it used to be.

Get Living chairman Rick de Blaby is quoted in the report as saying: “We have seen the emergence of a ‘subscription society’ where people prefer to rent rather than own, from cars to music and now to homes and furniture.

“While millennials are seen to be the generation driving this forward, we are already seeing a trend in older generations choosing to free themselves of home ownership for a more flexible lifestyle.”

Despite this, owned property currently remains the most popular type of accommodation, with 60% of total respondents picking it over long-term or short-term rental options (30% and 9%) or co-living (5%).

The people who live in UK cities show much higher interest than their European counterparts who live in cities with more established rental markets, suggesting that interest may grow as the market matures on this side of the channel.

>> The case for renting

The Urban Being report highlights numerous factors driving consumers towards property rental over ownership, which suggests that the shift away from buying a home is not purely because people think it is less important to do so.

According to the report, only around a third of people are able to save money every month, with the remainder either increasingly in debt or breaking even, making it more difficult to save for a deposit. 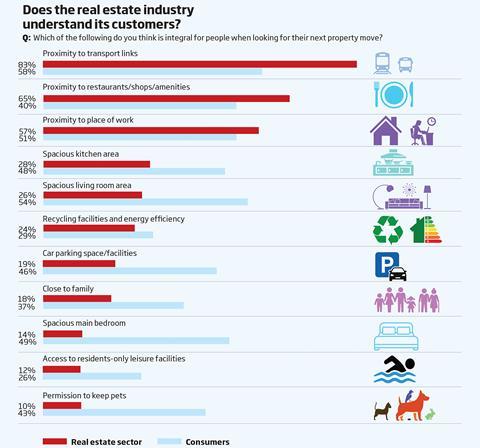 This is exacerbated by rent costs eating up more of people’s pay cheques in the UK; according to the report, Londoners spend an average of 45% of their salary on rent, compared with 27% in Paris or 28% in Berlin.

In an interview for the report, Jay Kwan, investment firm QuadReal’s managing director for real estate, Europe, says: “We’re at an interesting point of housing affordability issues, housing shortages and a general secular trend that favours renting versus ownership.”

The research shows the real estate sector sees retirement living as the sector ripest for investment, with 91% of those surveyed expecting to see a significant or slight increase in demand for the product.

This is expected to have a heavy focus on retired consumers renting purpose-built accommodation rather than buying it; the report suggests that 61% of people will consider renting a property when they retire.

CMS’s Carvalho says this is most likely due to the improving quality of retirement communities driving a shift in attitude towards the product.

He adds that the UK market has significant room for growth as it currently has a much lower market share than countries where the product is more advanced.

Student accommodation comes out as the market with the lowest level of anticipated growth, with 46% of respondents anticipating a rise in demand compared with 37% anticipating no change and 17% expecting demand to drop off.

However, only 1% of the real estate professionals think demand will shrink, as opposed to the 51% that say appetite for home ownership will continue to grow.