Housebuilders have missed a trick by rushing to the high-end while overlooking ordinary Londoners, says Be First

Pat Hayes, Managing Director at Barking and Dagenham Council-owned housing developer Be First, explains how a return to “1930s-style municipalism” is delivering high-quality and affordable homes in the capital’s East End.

Housing developers who have overlooked delivering homes for ordinary Londoners “have missed a trick”, according to the Barking and Dagenham council-owned developer Be First. 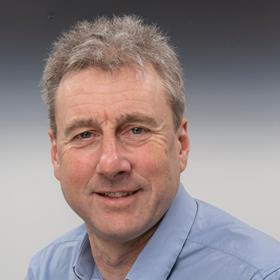 Speaking to Property Week in a recent PropCast, Pat Hayes, Managing Director at Be First, said local authorities must look beyond their planning powers and embrace a return to “1930s-style municipalism”.

“This is about an entrepreneurial form of municipalism — looking where the market doesn’t work and having the public sector step in,” he said.

“You don’t have to do it all, but you have to act as a catalyst in the right place. To do that, you need to use all the powers that you’ve got and you can’t just do it all through planning.”

Be First has 400 hectares of development on which it plans to provide 50,000 high-quality, new homes across Barking and Dagenham over the next 20 years. It’s purpose, said Hayes, is to “provide a product for the working Londoner”.

“Commercially, that makes sense. It’s been one of the tricks that house building has missed in the UK because we rush to the higher-end all the time.”

“This is about councils actually being confident,” he added. “For us, the market has failed — the housebuilder model doesn’t work in our borough because the value hasn’t been there. Demand and perception have also been issues. So, this is a council that is actually saying ‘we have to do something to improve the place.’”

According to Hayes, this means “building a lot more housing of good quality that will attract people in, but will also house the community that is already there in a better form of housing that they have at the moment”.

Last month, Barking and Dagenham council approved Be First’s plans for 81 new, high-quality, affordable homes at Marks Gate and approved the construction of 219 more in principle. And residents and businesses have been asked to give their views on a masterplan that is set to transform industrial land in and around Barking Creek and the River Thames. The outline plans look to breathe new life into the area around River Road and Thames Road in a bid to boost business growth, deliver modern industrial buildings, new homes and create a “new vibrant, sustainable community”.

In light of the Grenfell tragedy, Hayes went on to echo growing concerns around the privatised nature of the National House Building Council (NHBC).

“It’s the one area you wouldn’t want to liberalise,” he said.

“My view is you could possibly liberalise around planning… but you wouldn’t liberalise on building control. You’ve got to have that resource and the ability for local authorities to adequately resource and charge for that inspection function and you need a degree of neutrality on that.

“I think planning is much more subjective and appearance is more subjective — but safety is important and fairly definitive in terms of what is safe and what is not safe.”

And while greater use of modern methods of construction (MMC) is “the way forward”, according to Hayes — and could be the most effective solution to the delivery of zero-carbon — barriers remain in place to its proliferation.

“We’ve got a market that’s dominated by a relatively small number of contractors operating on very low margins. The standard model is to squeeze the supply chain and squeeze the sub-contractors.

“Once you’ve gone over to MMC and stuff is being produced in a factory then your price is much more fixed, it’s much harder to squeeze your supplier — so for us, as a client, we think that MMC is the way forward.

“The problem at the moment is there are a lot of people in it who are great on the technical side but not great on the business side, so you’ve got a lot of business failure — the main contractors are slow to embrace MMC for the reasons I’ve just described.”

“In the UK, we’re still building in the way we built 100 years ago,” he added. “The machines are more modern but the techniques used are pretty much the same — it’s blokes laying bricks on top of other bricks.

“In my mind, this is not the way to produce good quality housing at speed and at reasonable price.”