London has always bounced back from challenges, says Landsec chief

Covid-19’s impact on commercial real estate has been severe, but Landsec’s chief executive thinks the pandemic may act as a catalyst for positive change in the sector. 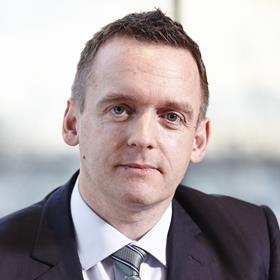 In our BossCast series, we meet some of the real estate sector’s most prominent business chiefs to pick their brains about the biggest issues of the day. Our first episode is with Landsec’s Mark Allan.

Allan tells Blackstock founder Andrew Teacher why the West End will still be a hive of activity despite major insolvencies, explaining how Covid-19 has shifted the dynamic of the landlord-tenant relationship.

Taking command of one of the UK’s largest commercial property development and investment companies at the height of the pandemic would have been a baptism of fire for anyone.

Unsurprisingly, navigating the pandemic has meant change for Landsec under Allan’s watch.

In October last year, Landsec announced plans to sell off a third of its £12.8bn property portfolio. Out of the £4 billion worth of assets earmarked for disposal - mostly in sectors in which Allan says the firm has little or no competitive advantage, such as hotels, leisure properties and retail parks - 60 percent will be London based.

Allan maintains that the West-End - and London - will adapt and bounce back, explaining that recycling cash from mature assets will enable the firm to create greater value for shareholders by being reinvested in new developments.

“There are challenges and of course a few high profile failures linked directly to big spaces on Oxford Street. But do people want to be in that part of London? Absolutely. The scarcity of the West End means it will evolve and change,” he says.

One of its current pipeline projects is Lucent W1, a project which proves Allan’s point and shows the firm’s commitment and belief in the area, while also underpinning its commitment to forward-thinking design. The wealth of natural light and outdoor space it provides echo the very things many homeworkers have come to value in recent times.

When finished, it will offer over 140,000 sq ft of quality office and retail space behind Piccadilly Lights, one of the most famous advertising sites in the world.

The future of the high street

The high street was of course under pressure before Covid-19 and the associated lockdowns accelerated the decline.

But that might actually be a positive as it has helped sharpen the realisation that retail spaces needed to change and be repurposed, according to Allan.

If e-commerce maintains its standing as the dominant choice for consumers post-pandemic, Allan says the future of physical retail will be likely either offering something complimentary to or providing an experience you cannot get online.

However, Allan does think there is currently too much retail space, and that there will be pain as that is disposed of.

“But that is the raw material for reimagining and repurposing the space,” he says.

Most Brits have been working from home for the past year, and many futurists have since predicted the death of the office. They have spoken too soon.

“Anyone who offers a view on the future of office can only be guessing as we have all been functioning with mostly remote workforces but there are definitely reasons to feel that the Grade A prime office space is better suited to provide what employees and employers will want post-pandemic,” Allan says.

Sustainability is certainly one of the things that both occupiers - and their employees- will increasingly want. The green agenda has been growing in importance over the past few years.

Not only is Landsec the sole UK REIT to be named on the prestigious CDP A-List for four consecutive years, the gold standard of corporate environmental transparency, but it is also behind what it hopes will be the UK’s first net-zero carbon commercial building, The Forge in Southwark, which will provide 139,000 sq ft of office space once completed.

What’s really special about The Forge is how it is being built. Instead of relying on traditional construction methods, the development is one of the first commercial schemes to take an off-site approach and uses a platform system, known as P-DfMA (Platform for Design, Manufacture and Assembly).

Off-site construction has become increasingly prevalent in residential over the last few years, with firms like TopHat and ilke Homes all receiving significant private and government backing.

“The way we’ve gone about it is to aim for zero-carbon procurement and put efficiency into the supply chain,” says Allan, who adds that the focus on sustainability from both the private sector and the government is going to force people to tackle the issue of waste and pollution during construction, operation and, finally, demolition.

The future of the landlord-tenant relationship

The government recently extended the commercial property moratorium for another three months until June 2021, leaving many landlords starved of rent as they cannot demand their tenants pay up. The government issued a call for evidence on 6 April to get feedback on when these measures should be withdrawn or replaced.

Importantly, the government notes that it will not hesitate to intervene further if there is: “evidence that productive discussions between landlords and tenants are not taking place and that this represents a substantial and ongoing threat to jobs and livelihoods”

Allan says Landsec has worked with its tenants.

He says that his time at student housing brand Unite - helping pioneer the “operationalisation of real estate” - led him to understand that the role of the landlord is that you are a provider of a service and success means working with your customers.

“It’s better that you work with them to understand them and give them what they need rather than just refer to the lease. Today, you need to work in a collaborative way and that means thinking about it as an operational business.”

Allan says this approach has paid off.

“We’re coming out of the pandemic with better relationships than those we went in with because we and they were forced to get together and find a path through it together. What we are focusing on is building deep and strategic relationships with our customers - and find those win-win situations rather than zero-sum games.”

Our next episode will be with Ian Marcus, former European chairman of real estate at Credit Suisse and current chair at Eastdil. Make sure to look out for an upcoming episode with Brian Bickell, chief executive of Shaftesbury.