Property podcast: Soho’s John James has a legacy of supporting independents, and building a new home for Harry Potter 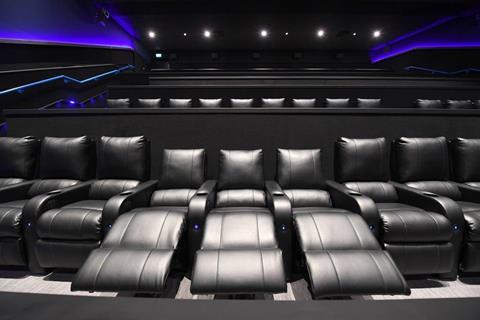 Soho Estates’ headquarters on Wardour Street, which runs through the heart of the area, commands a wide view of London’s historic cultural district. From this vantage point, John James, the company’s managing director, talks passionately about supporting many under-pressure tenants through the pandemic. Unlike many landlords, Covid has forged a sense of camaraderie, underpinned by James’ swift response which included financial support and a Barcelona-style makeover to establish al fresco dining.

Like many big personalities in business and showbiz, James takes pride in being an outsider. “I would be called a financial immigrant,” James explains. “There was more opportunity in London. It was tough – nobody knew who I was when I turned up. But Soho’s story was one of acceptance – it always tolerated difference, and the immigration of people and skills.”

Following a stint working in the Embassy nightclub on Bond Street as a duty manager, Paul Raymond – club owner, magazine publisher and so-called “King of Soho” – asked James to work for him.

“The transition to where I sit today was the result of two things,” James continues. “Firstly, I married his daughter, Deborah, who didn’t think it was a good job for a husband to be managing a nightclub and staying out late. Secondly, I adopted a theory of, ‘keep your mouth shut, do what he tells you, and you’ll be OK.’ Which is exactly what I did.”

Sage advice for anyone starting in property, perhaps.

James moves on to speak about Soho Estates’ flagship Ilona Rose House project (the original Foyles shop) on Charing Cross Road, named after the middle names of his children.

“An acre of land became available and as we all know, there is no such thing as an acre of land for sale in Soho - ever. I doubt there will be ever again,” he says. “We knew it had to happen.”

The building now features 350,000 sq. ft. across nine floors above ground with four below. Soho has also secured one of the West End’s most prominent tenants, Warner Bros.

“Warner Bros. was at the end of a lease in Soho, and we agreed to build them a large, two-storey soundproof box in the basement of the building,” James explains. “They were thinking of moving up to north London, so we pointed out that one of the essences of Soho is the creative spark.”

Reflecting on the exodus of creatives from the West End over the years, James muses: “Once upon a time, if you were in the film industry, you needed to be as close to Wardour Street as you possibly could,” he says. “The world has changed tremendously since those days. The people who needed more space – which was initially the early TV companies – moved to the north of Percy Street, where the buildings were bigger. And then they moved east.”

“The construction of the buildings in Soho does not lend itself well to expanding companies,” he explains. “That’s a problem and If we ignore it, we will lose all those companies in Soho.”

Other forces have shaped Soho over the years, too. “Two powers have been able to level blocks and change an entire landscape. One was World War II and the other has been TfL,” he jokes, referring to demolition undertaken to make way for Crossrail.

Despite the challenges, Soho still breeds many creative companies – one of the most successful of which is Soho House. “76 Dean Street was a burnt-out building,” explains James, referring to one of their clubs. “It’s the second-most historic building in Soho after St. Barnabus. We saved a 19th -century mural that had escaped the fire that hundreds of people a day now get to experience. We have a wonderful building saved, and a good use that’s profitable – and that makes the whole operation work.”

Looking forward, James is animated when discussing his plans to transform the north-east corner of Leicester Square and create up to 200,000 sq. ft. of space. “The buildings are archaic and inefficient, and often accommodate more pigeons than people. We want to dig down five or six floors creating a real landmark.”

One of the most notable changes to Soho in recent months has been the advent of outdoor dining - something James passionately wants to see kept in place. “There are several levers we have pulled in helping our tenants,” he explains. “The first was financial support. The second was time to pay. The third was al fresco dining. We made space available so that these businesses had a chance to survive.”

Most visitors to Soho would agree that the step-change has been remarkable and it’s something that has unanimous support from businesses and customers.

The pandemic has also strengthened collaboration between Soho Estates and local firms. “We formed something called the Soho Business Alliance, which now has more than a hundred members,” James says. “These are people helping each other daily. Pulling together in adversity has created a spirit that has improved Soho.”

But the continuation of the policy requires navigating Soho’s local residents and politics. “The council’s view is that there’s been a lot of benefits to al fresco dining, not just in Soho, but throughout Westminster,” James says. “It’s saved a lot of businesses and jobs. But they have to get residents’ approval. So there’s a split between the financial responsibilities and the political responsibilities of the council.”

“We’ve got to fight quite hard just to make sure there’s a fair explanation of what the future could be – and the council’s consultation is extensive, so that’s good – but we need to realise that it could be lost if we do not get the support to keep it going.”

Please subscribe to this podcast by searching “PropCast” on Apple or Spotify. Coming up in this series will be interviews with Argent, Great Portland Estates and The Office Group.