In our latest podcast, Harriet Walker-Arnot, head of spaces at FlowSpace and Yohance Harper, associate partner at Quadrant Estates, joined Anna Beketov to discuss the ULI’s mentorship scheme and the transformative impact it can have on the career development of young people in real estate. 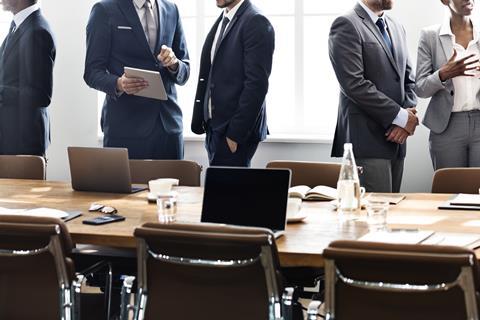 The 12-month course matches senior-level executives in the real estate industry with Young Leader members of ULI who are under the age of 35. Each group is made up of three to five Young Leader mentees and an experienced mentor. Applications are open now until the 13th September.

Before participating as a mentee in the scheme, as an architect just out of university, Yohance didn’t know many people in the industry. But the ULI allowed him to plug into a direct network of professionals at every level.

As part of the mentorship scheme, he was matched with the Managing Director of Morgan Stanley. It opened up his perspective, and his career has “just been a journey from there”.

He said, “By joining the ULI I got the numbers of CEOs, who I could call on a Sunday morning to talk to about how I felt about something I was going into the next day.”

Hattie’s experience of the ULI mentorship scheme was similarly transformative.

“The unusual thing about the program is that it is a group membership.” she said. “You get the very senior, experienced, wise views of the mentor but you also get to build relationships with other mentees, at the same stage of their career as you, who you might not meet in everyday life.

“One of my fellow mentees was an architect teaching herself to code, and was really interested in the merging of architecture and tech. That completely opened my eyes to tech and made me realise that my career didn’t have to be bound by the traditional constraints of the real estate industry.”

Apply here to sign up as a mentee before the 13th September.

Whether you are still at university and about to enter the industry, or are under 35 and want to supercharge your real estate career and meet some of the most senior executives in the sector, the ULI will tailor the programme to meet your needs. Successful applicants will receive vital coaching in how to progress their career in an informal and confidential context.