Helen Gordon, chief executive of Grainger, the UK’s largest listed residential landlord, spoke to Blackstock Consulting’s founder Andrew Teacher in the latest episode of our BossCast series, where we go toe-to-toe with the biggest names in real estate. 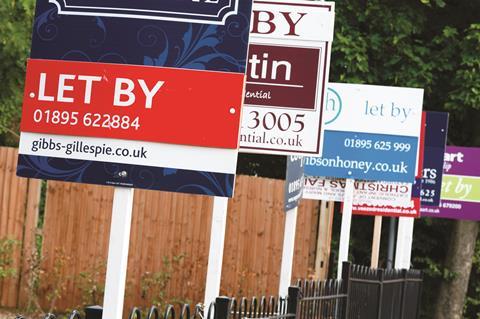 PropCast: The Property Podcast · Grainger’s Helen Gordon on the resilience of build-to-rent

Sitting in the firm’s boardroom overlooking the River Thames, Gordon asserts that BTR has been particularly resilient during the pandemic. Grainger’s rent collection levels have been around 97-99 percent – while other asset classes have struggled. “There has been a moratorium on both commercial and residential tenants, but the outcomes were very different,” she says. “People continued to really value their homes and pay their rents during the pandemic. Our rent collection was between 97-99 percent.”

And as the country has reopened, demand has swelled for the high-quality, professionally managed rental product that Grainger offers. “We launched schemes in Southampton and Manchester at the end of March,” Gordon notes. “Our Southampton scheme has beaten all records – it’s now fully let. We had allowed a year to lease it up, and it happened in under four months. And in Manchester, 140 units have already been let.”

Demand has been strong elsewhere in the country, too. “The regions have been particularly resilient,” Gordon says. “Parts of London have struggled, but the pick-up now is strong. There are almost two and half times the enquiries than we were seeing at the beginning of the year, and twice as many lettings.”

Gordon thinks the emphasis Grainger places on technology and service is an important reason why. “We have superfast broadband going into each apartment, not being split at the building,” she points out. “We doubled the speed for our customers during the pandemic. We offered co-working spaces, gyms, extensive cleaning regimes and even parcel collection. We were doing shopping for people. That really differentiates us from the buy-to-let landlord who may have been absent.”

Grainger has enjoyed successful partnerships with public sector bodies such as TfL, the GLA, Network Rail and a number of London boroughs. “We’re listed, we have the right governance, and we have a strong social agenda – but we’re very choosy about partnerships,” Gordon says, explaining Grainger’s strategy.

Local councils struggling to meet housing targets should also consider partnering with BTR developers, according to Gordon. “Local authorities know that if they build council housing for rent, Right to Buy still exists,” she remarks. “There’s a loop of buying and selling, and the housing stock never really grows. What they don’t realise is that through joint ventures, they can retain the property and retain a revenue stream.”

Grainger has enjoyed remarkable success since Gordon took the helm and implemented an assertive growth strategy. “We launched the strategy at the beginning of 2016, we’ve doubled in size already, and we’re on track to double again,” she explains. “We have 9,000 operational units, with another 9,000 in the pipeline. This is a business that has been designed to scale up.”

But the company’s values extend beyond pure growth. On the topic of ESG, Gordon says: “Everyone likes to talk about the E. The G is taken for granted when you’re in a FTSE 250. Our ‘S’ is much stronger than many other property companies. Anyone renting with a buy-to-let landlord is worried they’ll be served notice at any time. In a Grainger block, people are working all the time to make sure you stay with us.”

Nevertheless, Gordon admits that real estate has reputational issues. “There are some very philanthropic organisations that make up the majority – by value – of the real estate industry. But what sells newspapers is stories about bad landlords and people being treated wrongly. That’s a view that’s been around for decades that we’re trying to swim against reputationally.”

Looking to the future, Gordon says: “There’s a lot to do at Grainger but I find it interesting to do other things. I have a non-exec role for Derwent. I’ve been working with the BPF and with government. I’m interested in solving the housing crisis with Homes England. But at Grainger, we’re accelerating through our strategy – the business is even more exciting than when I joined it.”

Please subscribe to this podcast by searching “PropCast” on Apple or Spotify. Coming up in this series will be interviews with Argent, Great Portland Estates, Soho Estates and The Office Group.