Jonathan Seal, Regal London’s CEO, discusses the company’s unique approach to mixed-use development in the latest episode of BossCast, where the leading figures in global real estate share insight from their time at the top table with Blackstock Consulting founder Andrew Teacher. 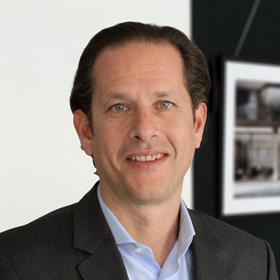 As a pioneer of mixed-use real estate, Regal London prides itself on finding solutions to complex sites that often overwhelm other developers. CEO Jonathan Seal relishes the challenge.“We can bring great solutions to sites that are truly difficult to unlock” he says.

Regal currently has a pipeline of around £3.8 billion GDV across 10 developments made up of more than 4,500 homes with 750,000 sq ft of commercial space.

Seal came to Regal in 2016 with extensive experience across corporate finance, publicly listed funds and private equity. He joined originally as a non-executive director before Regal’s co-founders Simon De Friend and Paul Eden asked Seal to step-up and take hold of driving forward their ambitions for the company.

Having originally trained as a lawyer in the late 1990s, Seal saw an opportunity amid the increasing wall of capital targeting real estate. “There was an enormous amount of institutional capital coming into the marketspace which gave us an opportunity to marry the entrepreneurial aspect of what the business had achieved with the right structures and processes to enable it to grow,” he says.

Regal has certainly grown, and so too has the scale of its projects. In Watford, Regal’s The Clarendon is a 168-home mixed-use scheme with 120,000 sq ft of office space. Remarkably, the project has also signalled how seriously Regal takes sustainability - with the scheme seeking to outperform the majority of newly built office schemes in Britain. 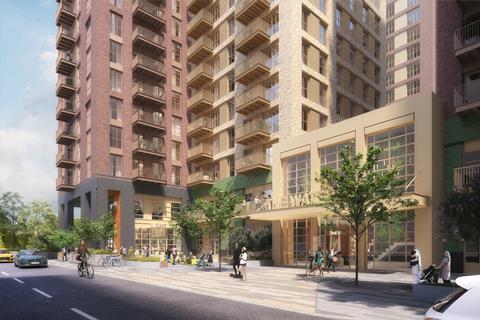 Fifteen miles away from Watford, Regal London is beginning to progress with the regeneration of North Finchley. “Things are at an early stage and our singular focus is listening to local people,” Seal explains. Regal is creating a long term vision hand-in-hand with the community and local council that will support the revitalisation of the area and the creation of a vibrant town centre and cultural quarter.

North Finchley is currently a high street of convenience, rather than a destination in its own right, and Regal are intending to change that by making a greener, easier environment to encourage businesses and residents to be proud of their town centre.

While a large part of the North Finchley project will include cultural assets, some of Regal’s other mixed-use schemes include industrial space - something on the wane in London as the capital looks to convert old warehousing to residential.

The firm’s Orchard Wharf project in east London is currently in planning, where Regal hopes to unlock one of London’s safeguarded wharves – a status that prohibits certain wharves from non-port use.

The lightbulb moment for Seal was that the site could be used as a last mile logistics hub with housing on top - prioritising a more sustainable means of transport, using the river rather than road - something that impressed the Port of London Authority, which governs London’s riverways.

“Think about the sustainability benefits of bringing products from the river into central London, and then being able to unlock a development scheme above,” says Seal. “Above all though, everything we do has to put communities first and deliver true social and environmental value - even if that changes the way we look at our bottom line.”