Prime locations in core cities across Europe will continue to attract occupier and investor interest, says Meyer Bergman’s CEO Marcus Meijer, who spoke with YOO’s founder John Hitchcox on how this downturn compares to other cycles 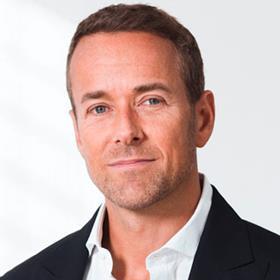 In the first of the City Regeneration PropCast series, Blackstock Consulting managing director Andrew Teacher speaks to the heads of two firms that have made their mark on major cities across the globe. 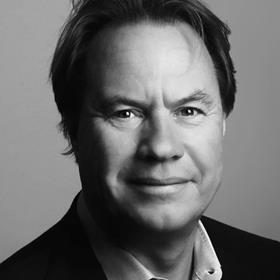 John Hitchcox, founder of YOO and chairman of YOO Capital

First is Marcus Meijer, CEO of pan-European investment manager Meyer Bergman, which has high profile projects in places such as London, Paris, Milan and Oslo.

He is joined by John Hitchcox, founder of design studio YOO and YOO Capital, which is helping drive the £1.3bn transformation of the Olympia exhibition centre in Kensington.

Together with Blackstock Consulting’s Andrew Teacher, Marcus Meijer and John Hitchcox discuss the impact of COVID-19, how this downturn compares to previous cycles, what opportunities may arise and how different cities compare.

Asked about the current situation, Meijer said Meyer Bergman’s lack of exposure to hospitality or leisure had ‘definitely made it less stressful’ and there hadn’t been any ‘major emergencies’ in the company’s €8bn portfolio.

Fortunately, debt also hasn’t been an issue for Meyer Bergman either. ‘Luckily, we don’t have any major financing facilities that we either have to arrange or that we have to refinance,’ Meijer continued, noting both he and Hitchcox were lucky their landmark projects in London – Whiteleys and Olympia respectively – were fully funded before the virus struck.

Meyer Bergman, together with CC Land, is transforming Whiteleys – London’s first department store – into luxury apartments and a five-star hotel, which Six Senses will operate. While coronavirus may feel like another body blow to high end resi in London after Brexit and stamp duty reform, Meijer is upbeat.

‘We won’t deliver Whiteleys until mid-2023, so we have quite a lot of time for the London residential market to make a turnaround,’ he explains. ‘There are very few new construction starts in London because of Brexit and now COVID as well so I think if you look at major new residential developments in London that would compete with Whiteley… there are very few coming onto the market and that gives us a bit more confidence there will be strong demand when the time comes for us to sell.’

Hitchcox is similarly bullish about the prospects for Olympia. YOO Capital and Deutsche Finance International are redeveloping the 130-year old exhibition centre into a mix of cultural and leisure uses, including a multi-screen cinema, performing arts venue and 1,500-seat theatre. There will also be two new hotels, shops, cafés, a restaurant and co-working space.

Over his career, Hitchcox reckons he’s been through six cycles, the first in 1981, when he just launched. ‘I didn’t even know what it was. We were in a recession. I was so naïve, it was fantastic,’ he jokes.

Comparing the current downturn to previous recessions, Meijer says outside of retail, the market isn’t seeing massive amounts of distressed debt or assets, although for how long that holds true will depend on how long lockdown lasts, he suggests.

The trouble in retail will create new opportunities to reposition retail assets, he continues, for example by introducing new uses such as residential or offices on the upper floors of inner city stores.

While previously known for its retail investments, Meyer Bergman has diversified into other sectors such as residential, offices and most recently, last-mile logistics through its newly launched Crossbay platform, which is targeting €2bn of single-tenant distribution centres near ‘gateway’ cities across Europe.

Both Meijer and Hitchcox agree the pandemic will lead to a flight to prime, whether in Paris, Berlin or London.

And with many European city centres slowly emerging from lockdown, Meijer remains confident in their long-term outlook.

‘I don’t think there’s a huge difference to be honest with you between central Madrid, central Milan, central Berlin, central Paris, central London, central Stockholm, Amsterdam,’ he says, ‘I think those are all places that will continue to thrive and have strong interest from tenants for offices and residential, and retail in the right places, but also from institutional investors.’