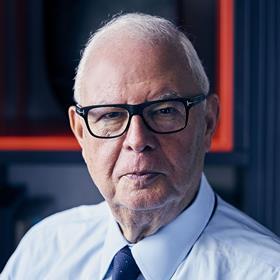 Rumours of the demise of the office in the wake of Covid-19 have been greatly exaggerated, say industry legends Sir Stuart Lipton and former RIBA president Jack Pringle. 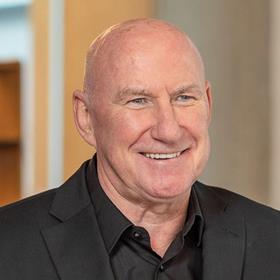 Jack Pringle, principal at Perkins and Will

Both believe that the unique draw of the office as a place where people can socialise, share ideas and work collaboratively means that it will always have a crucial part to play in the UK’s economic recovery.

Sir Stuart Lipton, co-founder of Stanhope and partner at Lipton Rogers Developments, and developer of major London projects including Broadgate, Stockley Park and Chiswick Park, argues that the City has successfully navigated several recessions in the past and that Covid-19 will be no different.

“The City is far from dead. In fact it is recreating itself as it does regularly,” says Sir Lipton.

“Anybody with any sense of adventure in them goes to work in the city for a number of things. First, to advance themselves. Secondly, to know what’s going on in their company. And thirdly, to see what their competitors are doing.”

“Cities are unique places,” he adds. “They work for fun, for business, for variety. They are national, international. And they are essentially about meeting places.”

Jack Pringle, principal at Perkins and Will, a global architecture and design practice, agrees.

“Ever since after the Big Bang when Margaret Thatcher deregulated the City in the mid-80s, and then the City reacted to the challenge of Canary Wharf, the City has been remarkably agile in responding to each recession as it has come along,” he says.

Pringle, whose past clients include Rothschild, Barclays, Deutsche Bank, JP Morgan and Bank of America, believes that the post-Covid purpose of offices will now shift towards collaboration between employees to enhance businesses activity.

“The usefulness of the office is going to be much more about face-to-face meetings and brainstorming activity, with the office as a sort of club where you can come and get to know people and have great ideas that will drive your business forward,” says Pringle.

As this trend towards flexible working accelerates, landlords will need to embrace new technologies and create innovative spatial solutions to create places where people will want to work, and bring the office into the twenty-first century.

Sir Lipton points to innovative schemes such as Chiswick Park, designed by Richard Rogers and developed by Stanhope while Sir Lipton was at the helm in the late 1990s, which was one of the UK’s first office buildings to actively blend work and social life.

“We’ve got to make the office building a place. So that when you walk in you don’t feel like it’s a mausoleum. It shouldn’t have stone on the walls and floor, it should have art and technology. It should be full of light and technology, and in the current post-virus environment it will have devices which are touchless,” says Sir Lipton.

Sir Lipton’s most recent landmark project, the Lipton Rogers Developments scheme at 22 Bishopsgate, London’s tallest skyscraper, exemplifies this place-making approach, providing adaptable floor layouts which enable tenants’ businesses to grow and evolve. It prioritises employee wellbeing with a range of amenity offerings - such as a yoga studio and London’s largest cycle park, alongside communal and event spaces - for people to network.

Pringle, who advised Lipton Rogers Development on the scheme at 22 Bishopsgate, and who has previously overseen projects including Barclays’ Canary Wharf HQ and the Financial Conduct Authority’s new offices at the Olympic Park in Stratford, believes that senior managers now need to have the vision to drive change into the office landscape to get the best out of it.

Sir Lipton still believes that there is life left in the office sector. “The city is going to go on,” he says. “It will reinvent itself. To me, that means a lot more new buildings are required.”