One of Britain’s most iconic cities, York, has a once-in-a-generation opportunity to reposition itself for the digital age. Ian Gray, project director at Homes England and Network Rail and Avison Young’s Stuart Howie discuss why York Central’s time may finally have come. 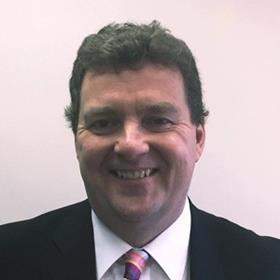 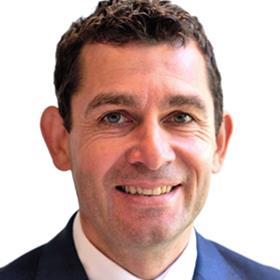 “We’ve now got all the ingredients in place. We’ve got planning consent, funding coming to do the phase one infrastructure and market demand, so it’s got to be a great time,” says Gray.

At 45 hectares, York Central is one of the largest brownfield sites in England. Located next to the city’s existing retail and business core and the railway station, the mixed-use development site has the potential to bring a valuable piece of York city centre to life.

With outline planning consent currently set at 2,500 new homes and 1 million sq ft of commercial space for the first phase, some - including Sir Stuart Lipton - have suggested that the density of the development could be pushed further.

Gray agrees: “We have to push the densities. Clearly with the nature of the site viability has always been a question.

“Our job as master developers is to really push the planning consent as much as we can to get what is a fantastic opportunity for the city,” he added.

Stuart Howie believes that the smooth delivery of York Central will depend on three things. Principally, sponsors, resources and people to drive the project forward; second, the scheme’s viability, which will unlock infrastructure funding; and finally, market appetite, which will draw investment and occupiers.

Howie, who has over 20 years experience on regeneration projects including the £1 billion regeneration project in Purfleet, says: “A long term project is always going to go through cycles. So if you can be developing and de-risking it, getting some tenants in to get phase one away, so you’re hitting the uptick of the economy, there’s no better time to launch a major scheme.”

A recent market-wide study by Avision Young and Pinsent Masons found that while many believe partnerships work, common pitfalls keep occurring: chiefly partners not being realistic about the commercials.

For a project some twenty years in the planning, Gray believes that York Central will successfully deliver on the government’s agenda around vacant public land and the best use for it while tapping into the government’s major infrastructure projects such as HS2 and the Northern Powerhouse.

The long-term prospects for the project will be dependent on the public sector getting the doors open and making the project real for people from the get-go. As Howie points out, the key for Gray and the team at York Central has to be ensuring the project is sufficiently de-risked to bring forward investment.

With its community-focus and proximity to a major transport hub, Gray believes York Central is best suited to an investment partner looking for a long-term return over up to 40 years, rather than short-term development profit.

Given its connection to the public realm, the scheme comes with a number of revenue-generating opportunities, in addition to community spaces which will need to be maintained.