From mixed-use to modular: the key takeaways from RESI

Last week, the most important names in the residential sector – and beyond – flocked to the Celtic Manor Resort in Newport for the RESI Convention 2019. 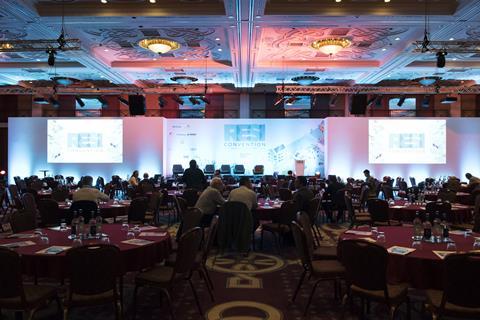 Here are the key takeaways.

RESI kicked off with a moving presentation from broadcaster Julia Bradbury on her seven days as a homeless “nobody” and a panel debate on trailblazing solutions to the homelessness crisis, a subject close to the industry’s heart.

Then came the big reveal of our latest cohort of RESI Trailblazers, an inspiring group of entrepreneurs, disruptors and innovators. Disruption was a strong recurring theme at this year’s convention.

It certainly spoke to the umbrella theme of mixed-use, which has been mooted as the potential solution to both the housing and retail crises.

In the opening panel debate on Thursday, Thomasin Renshaw, director of development at Grosvenor Britain & Ireland, stressed the importance of combining old and new.

“We must get more creative about how we actually do the works for the buildings. For instance, within the joints of the South Molten Triangle in Mayfair, we’ve looked at different solutions of how we integrate heritage,” she said.

Philip Barnes, group land and planning director at Barratt Homes, added that it was vital to make a long-term commitment to placemaking. “If a scheme has some mixed-use on it you must deal with partners you can trust who will help maintain it in the long term.” 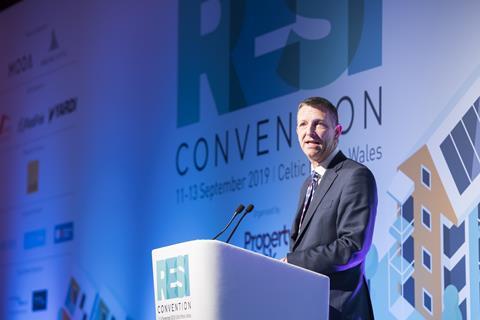 >> Modular is here to stay

Modern methods of construction were a major talking point throughout the event.

Speaking on a panel debate chaired by Property Week editor Liz Hamson, Greystar UK development director Michela Hancock said that modular had reached a crossroads in the UK as a result of the construction skills crisis, technology, an increasing focus on sustainability and the fact that “the better-quality product that’s now available simply can’t be ignored anymore”.

The panel were unanimous in the view that affordable modular’s time had come, and 77% of the audience agreed.

Graham Culliton, managing director of BoKlok, said: “Modular allows us to turn capital quicker, so we can take a lower profit margin than if we’re building traditionally. If you combine that with the aspiration and the very slight increased cost of construction, absolutely its time has come.”

“In London, the area I know best, Haringey, a Labour council did deals with the developer,” said Norris. “When the Labour council became a Momentum council, guess what? They decided they didn’t like developers, that they’re wicked people and all they are doing is sucking the riches out of the poor.

“Yet there are local authorities in London – Labour [controlled] Barking and Dagenham is a classic example – that say ‘yes of course, bring me private developers’. They understand the angles and can get better value out of the project.” 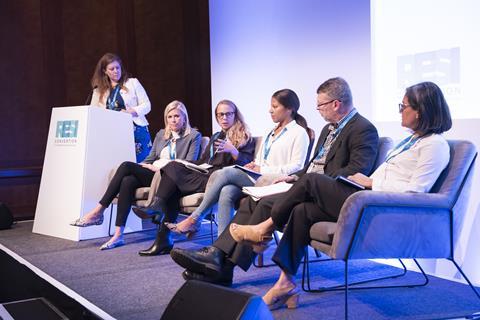 >> Should PDR be permitted?

PDR is not the answer to the housing crisis but could still play a useful role. That was the message of the panel chaired by PfP Capital’s Alex Notay on ‘PDR: A double-edged sword?’

Jo Cowen, director at Jo Cowen Architects, said: “PDR has been abused in the last two to three years. It shouldn’t be abolished but it does need to be regulated with more power for councils.”

>> BTR vs other asset classes

In a panel chaired by Property Week deputy news editor Emma Shone, Mark Bladon, head of structured property finance at Investec, said there was “enormous institutional appetite for the BTR product, and certainly when it’s at scale”.

Jon Di Stefano, chief executive officer of Telford Homes, agreed. “We are finding build-to-rent more comfortable,” he said. “We don’t make as much money from a build-to-rent scheme but its far less of a risk and we make far better capital return.”

>> The case for co-living

The consensus was that to truly succeed as an asset class, co-living must be recognised as a use class of its own.

“Co-living is new, so like anything with planning policy it is always lagging behind,” said Leona Hannify, director of planning at Iceni, during a panel debate on the next step for co-living. “The emerging London plan is very clear. They see it as sui generis.”

Another misconception about co-living, according to The Collective’s head of experience Edward Thomas, is that it is aimed at millennials. Not true, he said. “The youngest resident we have is 18 years old and the oldest is 66 so we’ve accidentally created this intergenerational living, and I think co-living is about the intentionality of being part of a community experience. People choose to co-live out of mindset, not age.” 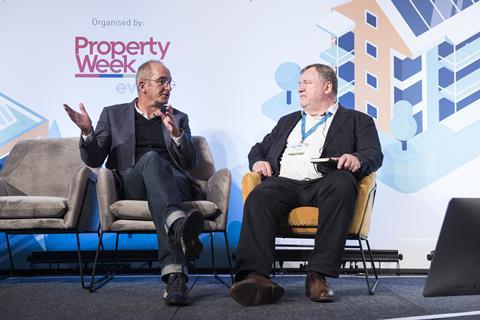 Having heard Grand Designs presenter Kevin McCloud talk earlier about the home as “the most important bit of architecture we’ll ever experience”, we drilled into exactly what that home should look like in two sessions on the Building Better, Building Beautiful Commission.

Architects’ Journal editorial director Paul Finch railed against the commission’s recent report, describing his talk as a “vaccination” against commission co-chairman Nicholas Boys Smith’s keynote the following day. The commission was “founded on falsehood” and it was not possible to make beauty objective, he argued.

Boys Smith conceded its report had elicited a “strong reaction”, but asserted that it was a serious attempt at improving “the good ordinary”.

“There are qualities to traditional settlements that make them better to spend time in,” he said. “When you try to extract those and take into account it was built in 1825, you realise you don’t have to do exactly the same but you do need to pay attention to what those qualities are.

“Under the current system, we can create a beautiful place and we do. But we do it too rarely.”