Homes England has won plaudits for supporting developers through the COVID-19 crisis and for quickly moving to agile working. But the government’s housing agency has always been forward-looking. It has helped drive forward modern methods of construction. 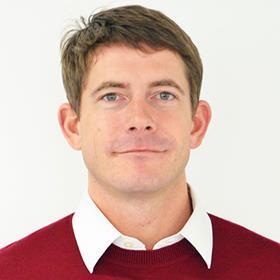 Now, with a group of well-capitalised companies investing heavily in technology and design, it believes offsite manufacturing can not only support our economic recovery but help make Britain a global exporter of innovative construction.

Harry Swales, executive director of markets, partners and places at Homes England, said that MMC offers “big steps forward” in terms of scaling-up housing delivery and will remain a key part of its short and long-term strategy.

Swales said that the lockdown measures hadn’t prevented Homes England from functioning, with the public body “smoothly” transitioning to a work-from-home set up for over 1,000 employees. He commended the agency’s IT team for its swift response.

You can listen to today’s podcast via Apple Podcasts or Spotify or SoundCloud or through the player below.

Home England has set up response structures with an immediate contingency plan in place to help support partners across “investment, development and engagement,” he said. Swales also confirmed that Homes England has still been lending money and completing deals through its £4.5bn Home Building Fund.

Homes England has played a critical role in supporting the expansion of MMC via the Home Building Fund, harvesting millions of pounds in private investment to create jobs and build more homes. Last year it invested £30m into modular housing developer ilke Homes and provided £30m in equity to Urban Splash in its joint venture with Japanese housebuilder Sekisui House.

Both ilke Homes and Sekisui House boast international modular networks, with ilke Homes having close business ties to modular building specialist Algeco Group, which operates across 18 European countries as well as China, Australia and New Zealand, while Sekisui expanded its operations into Australia and Russia and later China and the United States in 2010.

Homes England’s partnerships with ilke Homes and Sekisui House are “critical to building a UK base for [global] innovation and technology,” Swales said, but doing so will require UK offsite manufacturers and innovative construction companies to “work in other housing markets across the world.”

Some UK-based offsite manufacturers are already delivering homes in other countries. Modular developer Project Etopia, which last year received a £19m investment from billionaire property tycoons the Rueben brothers, has sites in Africa and Europe.

Mark Farmer, chief executive of real estate consultancy Cast and the government’s MMC Champion, said that the UK should be aiming to be “leading the world” in construction innovation.

However, Farmer argued that the focus must be on ensuring that the UK’s market is continuing to develop and that companies “must get it right here first.”

“We need to get a fully-functioning mature UK market before we think about maximising the [global] export opportunities,” Farmer continued.

One challenge that the UK construction industry has faced in recent years has been around labour supply and skills, Swales noted.

This has been one of the prominent arguments in favour of furthering the uptake of MMC, with offsite manufacturers able to tap into alternative job markets outside of traditional construction, which is suffering from an ageing workforce.

But firms such as ilke Homes have developed innovative solutions, with the Yorkshire-based company opening up an MMC training academy to up-skill hundreds of new recruits.

You can listen to today’s podcast via Apple Podcasts or Spotify or SoundCloud through the player above. This podcast was produced by Blackstock Consulting founder Andrew Teacher and you can Tweet your views @andrewjteacher