Despite significant progress being made in reducing emissions, the UK runs the risk of failing to meet its target of being a net-zero economy by 2050 unless policy goals are tightened, according to Savills’ director of environmental economics Tom Hill.

“If you look at the emissions that the UK has now compared to 1990, then progress has been made. However, what’s clear is that the current policy trajectory of where we’re headed is not enough. It’s quite a long way to get on the net-zero track. So policy will need to be tightened going forwards,” says Hill. 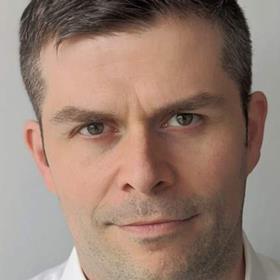 “That’s the message that’s coming loud and clear from the Committee on Climate Change - that the government needs to actually put those policies in place to deliver on net zero.”

In its most recent report, the Committee on Climate Change said that although a limited number of steps have been taken over the past year to support the transition to a net-zero economy and improve the UK’s resilience to the impacts of climate change, much remains to be done.

The report also noted that prior to Covid-19, ‘the global emissions expected in 2030 based on current global ambition were not consistent with pathways expected to achieve the Paris Agreement’s goal of limiting global warming to well-below 2°C above pre-industrial levels and pursuing efforts to keep it below 1.5°C, but instead with those reaching around 3°C above pre-industrial levels by 2100.’

However, Hill thinks that this presents an opportunity for change, with organisations able to adapt and for policy in tandem to become more stringent.

“This provides an exciting opportunity for organisations, and it should provide the policy framework required to actually deliver and change behaviour. So I’m optimistic that that sort of change is coming,” he says.

For real estate, new ways of doing things - like modern methods of construction - already offer the industry a chance to cut its emissions, according to Hill.

“My take is that the incentives and the pressure to move forward with things like that are inevitably going to rise in the future,” says Hill.

Matthew Bench, executive director of partnerships at ilke Homes, said at the time: “Rather than using carbon offsetting schemes, which is a common occurrence when the industry talks about net-zero, all the carbon savings are achieved by the technologies of the homes themselves. Climate change is accelerating and unless we act soon it will run out of control. With more than 250 councils across the UK declaring an emergency, there has never been a more important time for central and local government to look towards innovative methods of housebuilding as a means of delivering new, energy-efficient homes.”

Aside from changing how we deliver housing to benefit the environment, the pandemic’s impact on how we use our cities may also spur greater conversation around how we green our cities.

“One of the environmental positives that have risen through the COVID period is a greater focus on the livability of streets and areas. You’ve seen a movement towards having more pedestrian zones within streets, and also, a lot of councils and local authorities have invested quite heavily in increasing and improving tree cover within city areas. And that has a number of benefits, both in terms of actual livability of those areas, but also things like the cooling of buildings and providing psychological benefits to the people who live there,” Hill says.