CJEU ruling opens the floodgates for claims worth millions of euros

The Court of Justice of the European Union (CJEU) gave its landmark decision on the de Ruyter case in February, which saw the judges put an end to the application of French social contributions on non-French resident individuals 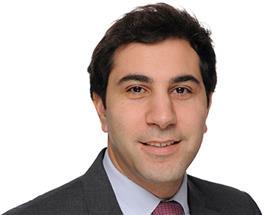 This milestone decision will have a significant impact for foreign individual investors that have been subject to 15.5% social contributions imposed on their French-source property capital gains and rental income since 2012.

Foreign individual owners of properties in France may now claim back any French social contributions unduly paid over the last three years from the French tax authorities.

The social contributions measure was introduced with immediate effect and provoked an outcry particularly in the UK, where an estimated 500,000 people hold holiday homes in France. The question of whether it breached EU rules has been posed ever since its introduction.

In this respect, the EU Regulation No 1408/71 provides that EU nationals shall only pay social security contributions in the state in which they will receive benefits.

The CJEU has taken the view that the requirement to contribute to two social security systems, when all other residents are only required to contribute to one system, constituted unequal treatment, and is therefore discriminatory.

By extension, it means that French social charges on French-source property capital gains and rental income on non-resident individuals are considered as illegal under European law.

This is also good news for non-EU residents. Following a recent French Supreme Tax Court decision last October, which ruled that non-EU residents may not be treated differently and less favourably than EU residents, non-EU residents will also be able to lodge a tax claim seeking the reimbursement of any unduly paid French social charges over the last few years.

As a result, France may be liable to reimburse some €250m for each of the last three years.