The Labour Party has pledged, if it wins the forthcoming general election, to introduce a mansion tax. 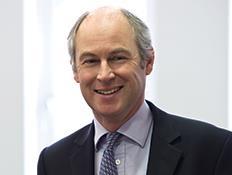 So, what can homeowners do to try to avoid having to pay? It is generally reckoned that the level at which a tax would become payable is £2m, so is it possible to reduce the value of a house in order to bring it beneath that threshold? And what effect will this have on the value of properties priced at around that level?

Various schemes have been discussed in the press over the last few months. One is that you could create different legal interests in a house by, for example, granting leases of different parts of it to friends or family members. Alternatively, part of the property could be designated as an office or other business use. By hiving off chunks of the property in this way, it is hoped that the value can be reduced and tax avoided.

But homeowners and developers should adopt caution. The closest thing we currently have to mansion tax is the Annual Tax on Enveloped Dwellings(ATED). Under ATED, companies that hold residential property face an annual charge in bandings that commence at a value of £2m, resulting in tax of £15,400 per year. It is not difficult to suppose that the rules and regulations that govern ATED would be carried across to any new mansion tax.

ATED rules include provisions that “look through” leases granted to connected persons, that is family members, and ignore them, so the house remains a single unit for valuation purposes. Similarly, flats within larger dwellings are ignored, even if they are occupied by an unconnected person. It is also worth considering that any new tax is likely to be a tax on properties, not owners. Therefore, the status of the owner, whether they be an individual or a trust, may make no difference.

Designating part of a property as an office or even a shop may not be easy. It would almost certainly require planning permission and associated building works that could easily exceed any mansion tax charge, even over a number of years.

Until we know more about a possible future mansion tax, I would urge homeowners and developers not to take any steps that might be expensive, that they might regret and might not work. After all, if Ed Balls is correct and the lowest charge of mansion tax does not exceed £500 per month, then there is relatively little at stake. But, how can you choose which politician to believe?

Robert Barham is a senior partner at Pemberton Greenish