‘Gardens in the sky’ residents fight for listed status

It is perhaps a sad indictment of the planning system that it is only when buildings are perceived to be under threat that their architectural and historic merits come to the fore. 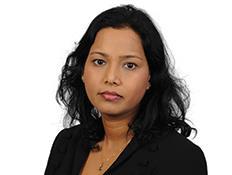 Particularly unsatisfactory is that it is only when proposals for development are received - and often after the planning application has been approved - that those looking to “save” the building feel they have resort to alternative strategies such as seeking to get it listed.

Such is the position of the proposal involving the total redevelopment of the “gardens in the sky” site at Warwick Road Estate in Kensington, west London, where Kensington & Chelsea council proposes to replace the existing structure with up to 176 new homes and 116 affordable homes.

The residents have sought the aid of English Heritage to list the building, which was built between 1972 and 1975 by Arup Associates.

On the face of it, the Arup pedigree would seem to work in the residents’ favour. While some Arup Associates buildings have been denied listed status - including Bush Lane House at 80 Cannon Street - I have counted four that have reached grade II-listed status in recent times.

Indeed, one of Ove Arup’s most famous projects, the Sydney Opera House, is so renowned that anyone in possession of an Arup building must be on tenterhooks as to which way English Heritage will lean and whether the secretary of state will decide to list.

Putting Arup to one side, English Heritage has issued guidance on the matters they consider when deciding whether to list a building and, inevitably, the listing of modern architecture is more difficult. Generally speaking, there are many more examples of such buildings, so the need to provide one example is consequently less pressing.

In order to be successful, a very careful argument has to be put forward to support the case for listing. This will usually require much historical research to identify matters worthy of preservation. For most this is a difficult task and if they are serious about it, specialist support needs to be sought.

The other option for Kensington residents is to try to secure a locally-listed designation. Local listing does not prevent redevelopment, but begins to gain local support for preservation, which can hopefully be relied upon when promoting neighbourhood plans.

However, if listing is not awarded, the residents of the sky garden will have an uphill struggle and will have to look to the courts.

Jay Das is head of planning and partner at Wedlake Bell