Government needs to think big on planning, not have another tinker

Successive governments have made changes to the planning system because they have acknowledged it has held back development. 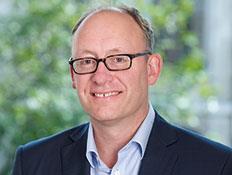 But have they merely tinkered with the system, rather than taken a fresh long-term approach to proactively support economic and sustainable growth? With the 2015 election upon us, will a future government finally act to align policy priorities for housing, transport, energy and infrastructure?

Labour reforms between 1997 and 2010 focused on three issues: reducing the time taken to decide planning applications for major infrastructure projects; addressing the need to build houses to satisfy national demand and making developers pay more of the cost of infrastructure related to development.

The Planning and Compulsory Purchase Act 2004 offered solutions for each. However, the expansion of the Stansted runway in 2008 reflected doubts that public inquiries would shorten and other consents for major projects were still required under other legislation. The introduction of Regional Spatial Strategies and Local Development Frameworks were not satisfactory either, as they took too long to prepare and adopt.

In 2010, the coalition introduced a programme of devolving power back to local authorities and communities, reducing red tape and introducing a national planning framework. Housing needs were to be addressed by making local authorities provide land for 15 years of housing requirements.

However, some of these reforms were not helpful. The Community Infrastructure Levy regulations have been amended every year since they were introduced, as they have been found to be unfair, and the NPPF has to be read together with the national policy statements produced for infrastructure projects. The Localism Act has had little effect on the balance of power and the Development Consent Order regime is not a perfect consenting route for major infrastructure schemes.

The next government cannot keep tinkering with the planning system, allowing housing projects and significant infrastructure projects to be stalled amid political wranglings and legal tussles. A fresh, forward-looking long-term approach needs to be taken, which has cross-party support, so developments can move forward and decisions on key infrastructure projects, such as airport expansions, are made quickly. We need a one-stop-shop fast-track regime - the next government needs to think big.