Guidance is needed on how mixed-use premises should be regarded

The Leasehold Reform Act 1967 gives tenants with long leases of houses the right to acquire their freehold provided certain qualifying conditions are met. 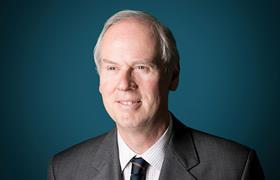 Ever since the residency qualification was abolished in 2002, however, what constitutes a ‘house’ for the purposes of the act has been mired in controversy. In the past four years alone this issue has been litigated in the Supreme Court once and the Court of Appeal three times.

Three years ago, the Supreme Court concluded that premises being used exclusively for commercial purposes would not qualify for enfranchisement, even though they were originally built as houses. In the course of its judgment in Hosebay, the Supreme Court criticised the longstanding decision of the House of Lords in Tandon (a mixed-use case) but did not need to overrule it. The Supreme Court declined to give general guidance as to what constitutes a ‘house’ and in particular left unanswered how mixed-use premises should be regarded.

The latest mixed-use case to trouble the courts is Jewelcraft v Pressland, a case heard by the Court of Appeal. The premises in question comprise a ground-floor shop and flat above, with no internal connection between the two. The County Court decided that the premises did not constitute a ‘house’ for the purposes of the act.

The Court of Appeal disagreed. Following Tandon, it asserted that the question of whether a particular property is a house has been authoritatively recognised to be a question of law - not a purely factual issue for the judge - and that the policy of the act dictates that there should be consistency of treatment.

It is a pity, therefore, that once again the Court of Appeal has declined to provide general guidance as to how, as a matter of law and in the interests of consistency, all such cases ought to be approached.

Given the emphasis on consistency, it is even more surprising that the court in this case should have come to the opposite view to that of the Court of Appeal in Henley v Cohen, the facts of which were broadly similar. This judgment will inevitably create uncertainty and lead to yet more litigation.

The Supreme Court needs to explain what considerations should rule out or rule in mixed-use buildings. Following the Jewelcraft decision, and in the absence of such guidance, it will be really difficult for landlords or tenants and their advisers to assess whether, in any given case, a mixed-use property qualifies for enfranchisement.

Jeremy Hudson is a partner at Charles Russell Speechlys