Industry has to face up to the limits of limitation

The years 2009 to 2014 saw a swell in the number of professional negligence claims against valuers and surveying firms for negligent valuations. 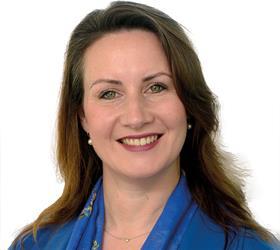 The general rule is that the limitation period in which a claim for a breach of contract can be made expires six years from the date of the breach.

So one could be forgiven for thinking that since six years have elapsed from December 2007 (the date the recession is accepted to have begun), we can assume that the time limit in respect of making claims against valuers and solicitors for negligence in conveyancing matters has long since passed. The reality, however, is not so simple.

In professional negligence cases, it is not always an easy task to establish when the damage was suffered. Section 14A of the Latent Damages Act 1980 applies to the situation in which a claimant is not aware of all the material facts at the point limitation expires.

Therefore, a potential claimant who suffered negligence in 2007 and only discovered it in 2013 would have until 2016 to bring their claim.

Of course it is not a straightforward exercise to establish the point at which knowledge was acquired. For the purposes of S14A, time starts to run from the point at which the claimant has knowledge of the material facts about the damage and is aware there is a real possibility that this damage was caused by the acts, or indeed omissions, which are considered to have been negligent.

Equally, it is not always clear cut establishing at which point the damage was caused. The House of Lords considered the position in Nykredit Mortgage Bank Plc v Edward Erdman Group Ltd No 2 [1997] and held that damage was said to be caused at the point where it was possible to say that the claimant was in a worse position financially, which was in fact much later.

So, limitation is not a straightforward calendar counting exercise. It is complex and there are a number of ways to pursue a claim even if it appears upon initial assessment that limitation has passed.