Currently, buy-to-let landlords can deduct their finance costs, including mortgage interest, from their rental profits before calculating their taxable income. 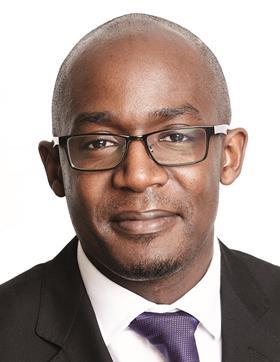 This has the effect of reducing the amount of income tax landlords have to pay.

However, in the July 2015 Budget, then chancellor George Osborne announced that the government would restrict the relief on finance costs to which individual landlords of residential property are entitled, to the basic rate of income tax (20%). The new restriction was passed as part of the Finance Act 2015 and will be phased in over four years, starting from April this year.

The effect of these changes will result in an increase in the tax liability for many landlords, particularly those with highly leveraged properties. For basic rate taxpayers, the increased taxable rental income may move them into the higher rates of tax.

An increase in taxable income could also reduce their personal allowance and, for those whose income exceeds £150,000, restrict the amount on which they can claim tax relief on pension contributions.

The move came at a time when the Bank of England expressed concern that the rapid growth of buy-to-let mortgages could pose a risk to the UK’s financial stability. However, sales of buy-to-let properties have fallen sharply since April 2016 with the introduction of the extra 3% stamp duty charge for people buying additional homes.

A report recently released by the RICS claims there is a “critical rental shortage” and that at least 1.8 million more households will be looking to rent rather than buy a home by 2025. Some would argue that this suggests Osborne’s decision to introduce mortgage interest relief changes was somewhat short-sighted, although the government has since announced a £5bn plan to address the country’s housing shortage.

Unsurprisingly, the government’s proposed changes were met with fierce resistance by many landlords, not least by a group known as Axe the Tenant Tax.

The group, represented by Cherie Booth QC, claims that the policy discriminates against small-scale buy-to-let investors as it denies them the same rights as other businesses operating in the same sector. On 6 October 2016, Axe the Tenant Tax lost a permission hearing at the High Court and is not permitted to proceed with its judicial review claim to halt the change.

Although the group could appeal the decision, recent reports suggest it is unlikely it will pursue the legal route, preferring to take its case to the government through lobbying, media and grass-roots activism. However, prudent landlords should assume that the changes will go ahead in April.