With its pledge to legislate for the biggest-ever transfer of power to local government, the chancellor’s keynote speech at the Conservative party conference certainly grabbed the headlines. 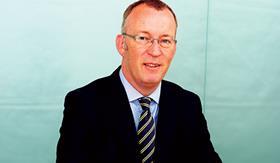 In reality, there were a few strings attached, particularly to the promise that local authorities could keep all of the £26bn that business rates raise each year.

Essentially there are three elements to the package: the pledge to allow local authorities to retain income; the ability to lower the poundage to attract inward investment; and the option to let authorities with elected mayors introduce supplements to fund infrastructure improvements. As ever in politics, not all of these measures are new.

The Localism Act of 2011 granted a discretion to local authorities to discount business rates, although, given the funding climate, few have chosen to do so. Predictions of a ‘race to the bottom’ are therefore likely to be wide of the mark.

Similarly, the ability to charge a supplement is currently being used by Boris Johnson to fund Crossrail. London ratepayers face the prospect of paying that particular increment until 2034. A further complication is provided by the stipulation that the measure is subject to a majority vote of the local enterprise partnership (LEP). However, LEP boundaries do not necessarily coincide with the local authority area in which they are situated.

From a ratepayer’s perspective, the predictability they have enjoyed over the last 25 years looks to be at an end. Rating practitioners will no doubt remember that ensuring predictable and stable business rates was the very factor the government used to justify the postponement of the 2015 revaluation.

We understand these measures are going to be introduced on a phased basis until 2020. A revaluation of all non-domestic properties is scheduled for 2017. Quite how the Treasury intends to operate a transitional scheme in a system that itself is in transition remains to be seen, but we can be sure of one thing: it will be complicated. In that context, the notion that the uniform business rate is defunct could also be premature.

George Osborne’s claim that all £26bn of business rates will be kept by councils cannot work in a simplistic sense. The Localism Act introduced a complex system of tariffs and top-ups to ensure a rebalancing of income. That system will need to stay in place to prevent the poorest authorities heading into a downward spiral.

Some sceptics have suggested that Osborne is leaving some tricky tax-raising responsibilities at the doors of a number of hard-pressed local communities.