Planning reforms give developers some bite to go with their bark

As things stand, if a council will not budge on a contentious planning obligation or clause, often the only options for the developer are to concede or go through a lengthy and costly planning appeal for the whole scheme. 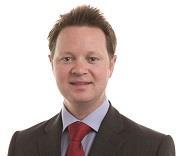 This move will finally add some bite to the bark surrounding changes to the planning system. Those acquainted with the system will be all too familiar with the delays and costs that result from negotiating planning agreements. Worst of all, it is often not the principal heads of terms that are in dispute; the levels of financial contributions towards infrastructure are often agreed quickly. Instead, the delays and frustrations felt by developers during negotiations are often caused by draconian clauses.

Once published, we are likely to see a gradual move towards the adoption of the model s106 by local authorities, which will be keen to avoid the possible cost implications of falling foul of the model agreement under the new dispute resolution mechanism.

The government must ensure it provides sufficient numbers of inspectors so that this is a quick and easy remedy. Without proper resourcing of the remedy, the government may struggle to bring s106 delays to heel.

Rory Stracey is a planning lawyer at Trowers & Hamlins