The Community Infrastructure Levy (CIL) regime is shrouded in uncertainties, and a recent High Court judgment may have further muddied the waters. 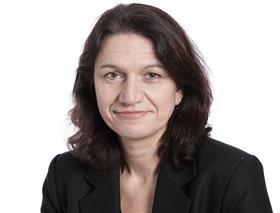 The case considered when a building is classified as “in use” so that its floorspace is offset against that of the new development for calculating CIL liability.

To calculate the level of CIL liability, the developer may subtract from the floorspace of the new development the floorspace of any existing buildings on the site to be demolished or retained which are “in use”. For a building to be “in use”, a part of it must have been “in lawful use” for a continuous period of at least six months in the three years immediately prior to the grant of full planning permission.

While there was uncertainty as to exactly what constituted being “in lawful use”, it had been assumed by most practitioners that this meant more than simply having a lawful use. However, the High Court found that far more is required.

In the case in question, planning permission was obtained for the residential redevelopment of a pub which had closed 34 months earlier. After that, fixtures and fittings such as beer taps, fridges, tables and chairs were stored in the pub and attempts to market the site were made. The High Court confirmed that “in lawful use” means something more than possession of a lawful use — the building must actually be used for its lawful use.

The Court then considered what would constitute being in actual use. It is here where its conclusions are striking. It found that an assessment must be made of all the circumstances and evidence as to what activities take place and what the intentions are of the persons using the building. In essence, the primary use must be actively carried out, although it was held that temporary closures would not preclude the building being in use. In the case of a pub, the building must be open to the public for the service of food and drink, as this is the primary characteristic of a pub. The failure of the pub to be open for patrons meant that the “in lawful use” test had been failed.

This will be concerning to developers who had acquired sites on the understanding that they could deduct from CIL liability the floorspace of buildings which they had considered to have been “in lawful use” — say, for example, an office building which was being marketed or had a security guard stationed in it. It also causes great uncertainty: by looking to the intentions of the occupant, the local planning authority will have a wide discretion.

Further, this decision will likely lead to an increase in CIL liabilities and — along with the Vacant Building Credit — an ever-smaller pot for affordable housing. The lack of clarity in government legislation and policy, and the speed of its introduction, is creating unforeseen results and could lead to further stalls in development as developers seek clarity as to the effect of the changes.