Why CVAs fail more often than not, especially for landlords involved

In March 2016, BHS entered into a company voluntary arrangement (CVA) with its creditors, designed to transform the company’s fortunes and avoid full-blown insolvency. Just a few weeks later, the retailer collapsed into administration. 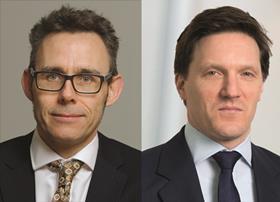 This was not a one-off. According to the Insolvency Service, 388 of the 563 CVAs in 2014 failed. R3 (the Association of Business Recovery Professionals) has begun a new research project to investigate what is going on.

A CVA is an agreement between a company and its creditors that compromises debts and liabilities so it can continue trading. If approved by 75% of creditors by value, it binds all creditors irrespective of how they voted. CVAs are a popular tool for restructuring leasehold liabilities and, in recent months, the model has evolved to comprise trade debts as well.

When coffee shop Love Coffee proposed to close 11 out of 30 outlets and halve the rent for another six under its CVA, the British Property Federation objected to the perceived lack of prior engagement with landlords.

Matters were not helped by the CVA’s stated aim of attracting funding for the company’s new store concept - it seemed that landlords were paying to supplement shareholders’ profits rather than save an insolvent tenant. Fortunately, further dialogue and changes to the CVA led to its eventual approval.

Not the end of the story

Some CVAs fail to achieve their aims. BHS successfully agreed to close 40 of its 164 stores and reduce the rent for a further 47, but the company still needed £100m to continue trading. One month later, when it failed to raise the funds, the business went under.

There was no provision within the CVA that such an event would cause it to terminate. The administrators tendered rent at CVA discounted rates but claimed not to be bound by break rights given to landlords in return. Landlords will be wary of future CVAs that could lead to this, including The Food Retailer Operations’ proposal to close a number of former Somerfield and Budgens stores.

Even if a CVA runs its course, that is not the end of the story - some businesses still go on to fail. Unlike a firm in administration, a company proposing a CVA remains in the hands of its current management, who might be overly optimistic about its future.

There is no requirement to change the fundamentals of the business or address its structural problems. The trick for landlords is to separate those CVAs that genuinely show how things will be done differently from those that are just a tool to cut bills.

John Cook is revenue manager at Capital & Regional and Mathew Ditchburn is a real estate disputes partner at Hogan Lovells. They are chair and vice-chair respectively of the BPF’s insolvency committee