Barnett Ross sold a lot at auction last week for a record £20.4m, which could lead to more large lots going under the hammer, according to the auctioneer. 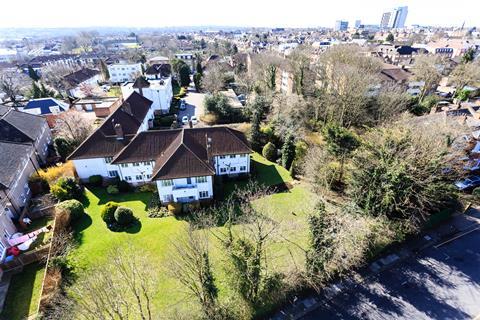 The housing estate in North Finchley, London, had a guide price of £16m-plus and set a new UK auction record. Okehampton Close comprises 65 rented flats producing £729,365 of income per year, and was sold on behalf of charitable trust the Foyle Foundation.

The buyer was not disclosed, but Barnett Ross auctioneer John Barnett said it was a “long-established, London-based family property company”. The sale represented a yield of 3.6%.

The asset was sold via registered bidding and five parties were in competition for the property.

“The fact that five bidders came forward showed that there are people with facilities of around £100m coming to the auction room,” said Barnett.

Barnett admitted that being asked to sell a lot of this size was rare, but said the Okehampton Close sale could prompt a gradual increase in larger lots coming to auction.

“We might see new vendors deciding to sell via auction because they can see that there are people with big money to spend at that level,” he said.

“Pent-up investment demand could also come out of the woodwork for other sectors, such as commercial property, which traditionally has larger lot sizes.”

The bidding took 18 minutes and four seconds – beating Barnett’s previous record of 17.5 minutes – and 60 bids were made at above the reserve price.

“It’s a bit like watching a penalty shoot-out – it can go either way,” Barnett said.

The Foyle Foundation is a long-standing client of Barnett Ross and was also the vendor of the previous largest residential lot sold at auction: a £13.8m residential block in Southgate, London, which was sold at a Barnett Ross auction in 2014.

Barnett put the bumper price of the North Finchley lot down to the size of the block and the fact that it had adjoining land with the potential to add 44 extra residential units.