If you thought the UK government had done a lot to push home ownership in the past few years, it’s nothing compared with what’s been happening in Israel. 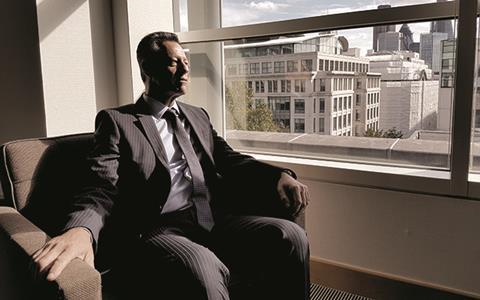 There the government has implemented a policy called ‘Mechir Lamishtaken’, or ‘Buyer’s Price’ which means that on government-owned land, more or less every apartment in a new residential development must be sold at a 20% discount and only to eligible first-time buyers. Add to this the fact that 93% of land is owned by the government and that means practically every new apartment in Israel is being sold for a fifth less than it is worth.

It’s a race to the bottom, as Dror Nagel, chief executive of Azorim, one of the largest residential developers in Israel, attests in an interview with Property Week while on a flying visit to the UK, and there’s not much developers can do about it. “The majority of developers do not participate,” he says. “It’s a big risk.”

However, the policy was introduced last year and only has a two-year life span, and it is possible to secure exemptions on some sites, allowing a percentage of units to be sold at full market value - and giving the likes of Azorim some wiggle room.

Local authorities have been given discretion over whether to allow homes to be sold at full value and what percentage (usually around 25%). The land is also packaged for the creation of entire neighbourhoods, not just housing, and the commercial property can be sold as normal.

Together these proved enough incentive for Azorim to bid on and win a few schemes and the developer also has plenty of other units in the pipeline. Nagel, who knows the Israeli market as well as anyone and also once served as economic advisor to Yaakov Tzur, the former Israeli health minister, acknowledges the scheme’s positives.

“It gives opportunity to young couples,” he notes. “Maybe before this programme, a couple would not look at a property in their neighbourhood because they couldn’t afford it. But now it’s 20% cheaper they will go for it.”

However, only certain groups are eligible, namely: married couples, those single and over 35, single parents and disabled people.

Nagel questions the demographic make-up of the new neighbourhoods being created. “The people that participate are people with less money and socio-economic status, so you don’t create a great neighbourhood,” he argues.

Not all of these, even, will benefit, he adds. “If it’s closer to the centre of Israel, the prices are still high for some couples. It doesn’t solve the issue of poverty, which is a big issue and something the government needs to take care of. They’re not doing enough, that’s for sure.”

Neither does the policy do anything to address the other important part of the equation. “Does it help supply? No. [And] what happens when those who have already bought a two-bed want to move to a three-bed because a baby has been born? The government wanted to take out investors from the apartments but second homes are not just for investors; people want to move up.”

In other words, the policy does not provide housing for many of those looking for it. Moreover, by putting off developers, fewer houses are being built. Nagel estimates that the gap between supply and demand for apartments currently sits at around 100,000 - relatively high for a country with less than 10 million inhabitants. “You cannot fill the gap - it’s getting bigger,” he adds.

Demand is being driven by a population that is growing by 2% a year compared with 0.6% in the UK, partly as a result of a high fertility rate - more than three children born per woman compared with 1.9 in the UK - and partly because of the influx of Jews from all over the world coming to Israel to settle or buy a second home.

He also questions what the government gets out of it. Given that it is providing grants to first-time buyers and selling land at a discounted price, therefore reducing the receipts, it must be tearing an ever-widening hole in its budget, he speculates.

“It cannot last forever because of the budget pressure,” he elaborates. “It might be that the government is going to change its attitude and for each tender let a certain percentage [be available at full price]. That would make sense. It would be a wise move because it would free a bit of pressure for the public who want to buy an apartment that’s not their first.”

There are plenty of people in this boat, who find themselves unable to trade up at the moment. The country has a young population, Nagel explains, as well as low unemployment of around 4.5%. Israel’s knowledge-based economy is famous for its high-tech industries - the country has more scientists, technicians and engineers per capita than anywhere else on earth.

“More people work, it enhances the economy and people have money so they can afford to buy,” says Nagel. 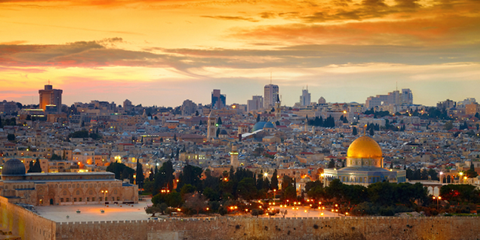 Unfortunately, there is not a wealth of property to buy. The result is spiralling prices on what is available. Average house prices more than doubled between 2006 and 2015. “It’s going up and up all the time,” says Nagel.

The situation is not helped by the rising cost of land. “Today, all developers are looking for land,” says Nagel. “They cannot buy from the government, so they are chasing private land. The price of land and apartments is going up.”

This is good news, of course, for the owners of the 7% of the land in Israel in private hands, who “feel like kings”, says Nagel. “Someone who sits on private land thinks ‘why should I be quick and sell it? If I wait the prices will go up’.”

However, it’s not so great for everyone else. The upshot of all this is a toxic mixture of a government policy that’s failing to address the underlying supply issues coupled with rising demand fuelled by population growth. The final poisonous element is planning, where Israel has big problems - perhaps even bigger than the UK.

Government land is too slow to come to the market, Nagel says, often taking a “few years” to prepare for investors and developers. “It’s planning where to have residential, where to have schools and all the supporting areas,” he says. “You need to have zoning, you need to have infrastructure and it doesn’t exist. Bring us more supply and we will build. There is no other solution.”

Too hot to handle

Even after the land is churned through the central government pipeline, it still needs a stamp of approval from officials in each municipality in Israel, who sometimes don’t “see eye to eye” with their national counterparts.

Nevertheless, Nagel remains positive. For one, Azorim already had plenty of development in the pipeline before Mechir Lamishtaken came into force, much of which is outside the overheating markets of Tel Aviv and Jerusalem.

It recently began work on a landmark 2,400-unit development in Be’er Sheva, a city in southern Israel, for instance. A new military base is being built nearby and is set to flood the area with army personnel and their families, all looking for new homes. “It’s a hot market. It’s boiling,” Nagel says.

That may be so, but elsewhere would-be home buyers - and developers - are in danger of getting burnt. “We have a problem which the government up to now has not been able to solve,” Nagel says.

The end of Mechir Lamishtaken next year could prove the opportune time for a much-needed refocus.