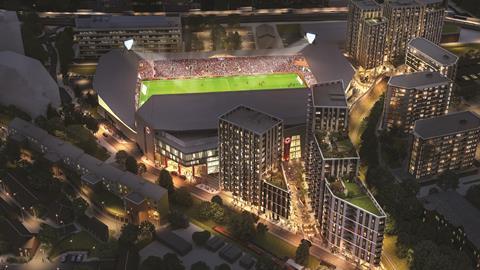 In his first UK interview with Property Week, he explains how he plans to emulate the company’s Malaysian business and achieve this ambitious goal. 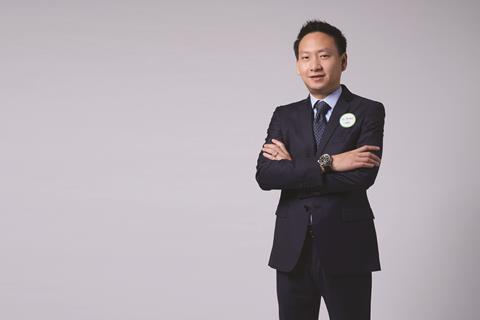 Cheong’s involvement in the UK property market began in 2012 when Malaysian investor SP Setia – where he worked as a senior executive – acquired a 40% stake in Battersea Power Station as part of a Malaysian consortium that also included Sime Darby and the EPF.

SP Setia chairman Tan Sri Liew Kee Sin decided to leave the company in 2015, and instead of acquiring another trophy asset, he set up a new business, EcoWorld Group. Cheong was appointed to head up the UK operation of EcoWorld International, which focuses on ‘aspirational’ residential development for sale. In January 2019, he was also made chief executive of new company EcoWorld London, which focuses on mid-market residential for sale and for rent in the capital.

“We formed [the JV] at a time when we were looking to gain a presence as a company in the UK,” Cheong explains. “The quickest way was to enter a JV with a landowner that had development as well as construction capabilities, so Ballymore were perfect partners.”

The JV is developing £2.2bn of residential projects in London at Arrowhead Quay in Canary Wharf, phase two of London City Island on the Leamouth Peninsula and phase two of Embassy Gardens in Nine Elms.

Some would find it unnerving in the current climate to commit to developing the three schemes comprising 2,800 for sale homes in inner London. But while he recognises that the market is not exactly booming, he is not unduly worried.

We think the proposition we are offering, both BTR and market sale, is quite unique

“Unlike during the global financial crisis, we are not seeing institutions and banks selling or forcing distressed sales,” Cheong says. “So I think the state of the market as a whole actually is positive.”

The figures from the EcoWorld-Ballymore JV appear to back him up. At the London City Island project, for example, 1,000 of the 1,122 units in the second phase have been sold ahead of completion in 2020.

Not one to sit on its laurels, in 2017 EcoWorld London acquired a 70% stake in Willmott Dixon’s residential development business, Be Living, which gave it a land bank of 8,200 units in nine London locations as well as Woking. These sites will be used for a mixture of for-sale and build-to-rent (BTR) housing, sometimes within the same scheme.

There will be a similar mix of tenures at the 1,000-unit development it is currently working on at Kew Bridge, Verdo, which was recently forward-funded in part by Invesco alongside a phase of another scheme in Barking for £400m.

“We wanted to use [Willmott Dixon] as a platform to do more in London, but crucially the team had experience of not just open market sale, but also BTR.”

Cheong says the EcoWorld business is still keen to build up a “land bank” of sites for for-sale housing, but admits “whether landlords still want to sell at a price that developers are willing to pay is a different matter”.

With a pipeline of 4,000 to 5,000 units, he says there is “no urgent necessity for us to seriously increase that but we continue to look for opportunities out there”.

Cheong believes the real opportunity for EcoWorld London in the next few years is BTR. It already manages two blocks of just under 500 units, Aberfeldy Village in East India and a property in Hayes, which were both acquired as live projects as part of the Willmott Dixon deal.

It has around 4,000 units in the pipeline and wants to increase that number to 10,000 in the next five years.

“For us it’s not about identifying trophy assets,” Cheong explains. “We really want to deliver quality products across the mainstream market – truly affordable units that cater to the local market.”

He believes that BTR is complementary to open-market sale because BTR enables developers to quickly create a sense of critical mass and momentum. “You can bring in the retailers and the restaurants because you have a population while the place develops,” says Cheong.

He also thinks there can be a synergy between the two. “Notwithstanding our ambitions, the reality is people generally do have to save for a long time before they can afford the down payment on a house,” he says.

The mix of tenures is also inspired by EcoWorld’s Malaysian business, which takes on huge developments of thousands of acres and develops both BTR and for-sale housing across multiple phases.

“We like that because it provides scale and allows us to really create a place and invest in that place, and then as you launch one phase after another you are creating value along the way,” he says.

If the opportunity came up to do a project of this scale in London, Cheong says EcoWorld London would jump at the chance. “We would like to find future opportunities where we can buy large land banks, and put in from a masterplanning perspective both elements,” he says. 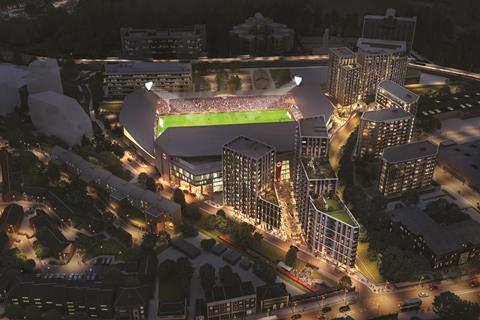 Right on Kew: EcoWorld London is developing a new stadium for Brentford FC and London Irish

However, he concedes that it may take a while to find the right site. “In London, opportunities like those are few and far between, so on smaller-scale products we have to weigh the cost-benefit analysis of investing in placemaking,” Cheong says. “And then there are also absorption rates, which are slightly different. Large-scale projects tend to take a long time, relative to Malaysia, to fully bring to fruition.”

That said, there are plenty of placemaking initiatives already under way at its London schemes. At Kew, EcoWorld London is developing a new stadium for Brentford Football Club and London Irish as well as looking at bringing temporary uses and amenities such as a food market to the scheme.

“Match day gives you a certain feel and vibe, but it is equally important that we retain that feel and vibe when it isn’t match day,” says Cheong, adding that one of the major selling points for the London City Island site is that the English National Ballet has its base within the scheme.

“The first thing we did before selling a single flat was to bring in the English National Ballet so that really helped us create a place, create a sense of identity, so now it is seen as a cultural hub for London,” he adds.

This chimes with the ‘Eco’ in the company’s name, which Cheong stresses means more than just being green. While the company does use sustainable materials, it says it also creates “places that will sustain, nurture and support the lives of their residents and each area’s existing communities”.

“It isn’t so much what the developer wants to build or what the architect thinks is cool or in fashion at that time,” says Cheong.”We gather information from people that live in our projects about what they like and what amenities they actually use.

EcoWorld London is already analysing data from its two live BTR schemes to work out how residents use different spaces and amenities, he says.

“Swimming pools are a classic example of something that looks nice on the brochure, but in terms of usage it’s not always high,” he explains. “Do people actually use their second bedrooms or is it a dumping ground? All that is costing money in terms of service charge so when you talk about affordability in terms of rents and prices, it all adds up.”

Looking ahead to the next few years, Cheong is not unduly concerned by the potential effects of Brexit on the UK property market. “I think overall London will always be a global city, come what may. Education is a huge attraction – I, for instance, spent seven years of my life studying here and a lot of people internationally do that so there is always that natural affinity with the UK as a whole, not just London,” he says.

So could EcoWorld eventually move outside the capital?

“The focus in the short and medium term is for us to get the business moving and then growing in London,” insists Cheong. “But we are looking at opportunities regionally in Manchester, Birmingham – places like that.”

Whether it will achieve that ambition remains to be seen – but if it does as much business in the next four years as it has since 2015, few would bet against it.