Banks abandoning London, financial services firms moving staff abroad, falling occupier and investor demand and dwindling rents… while many of the fears expressed immediately after the Brexit vote have not been realised, or not yet anyway, the property industry nevertheless remains in a state of limbo as the meaning and mechanics of Brexit are thrashed out. 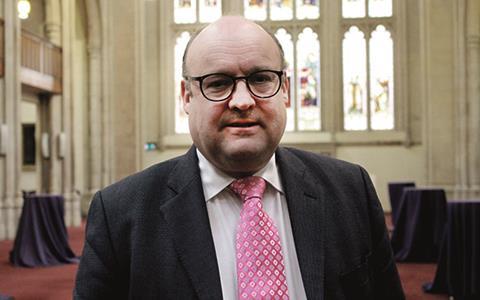 So you would think Chris Hayward, who chairs the City of London’s planning committee and is responsible for development in the Square Mile, would feel a sense of trepidation following the EU referendum, which came just two months after he took up the role.

Not so, he claims. “I’m very lucky,” he says. “I’ve taken the job at a very interesting and challenging time.”

That’s one way of looking at it. But what, deep down, does he think are the challenges for the City following the Brexit vote and, as a man who has a huge say in how London’s skyline looks, what is on his to-do list in his time in office?

Hayward is a passionate Londoner - the city gets “in your blood, in your psyche”, he says - and he sees his role of leading planning and transport policy for the area as a “huge privilege”.

He admits that the Brexit vote was “unexpected” and that he was “unsure” about how businesses would respond to the result. He also concedes that “inevitably, some numbers of staff may go to offices [abroad]”. However, he notes, the fallout so far has been “very minimal”.

“We’ve got a great talent pool, our tax policies are favourable compared with other European countries and I think the quality of life in offices in the city is still infinitely higher than in other countries,” he says.

Hayward’s positive stance is underscored by the raft of new developments currently in the pipeline for the City. He says his team are “as busy processing potential office block applications as we have ever been”.

Indeed, Hayward’s real worry is not that firms will leave the city or that demand for development will fall - it is that construction won’t be able to keep up with businesses’ hunger for space.

“Our projections tell us that we still need space,” he says. “We’re not meeting demand. If we don’t cater for business, it will go elsewhere. London is a business city, and that’s where our planning focus is.” 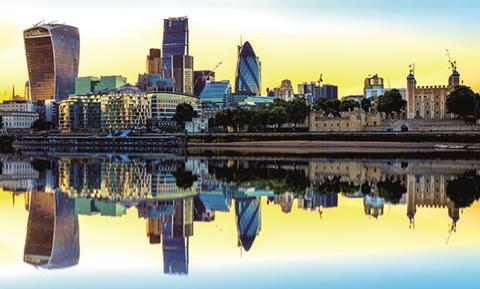 Taller buildings form the central pillar of Hayward’s plan. “There is a strong demand for towers and we’re running out of sites - there are two or three sites left. The challenge in the Square Mile is you can’t build out, you can only really build up,” he says.

When asked where he thinks developers should build, Hayward replies that they should continue to focus on the ‘eastern cluster’ of offices between Liverpool Street and Aldgate, home to the iconic Gherkin and Cheesegrater.

This is where most of the current office development pipeline is planned, with 22 Bishopsgate, One Undershaft and WR Berkley Corporation’s The Scalpel set to punctuate the local skyline.

However, he admits that even those huge schemes won’t be enough. “One option is to look at the space between [the cluster] and the Walkie-Talkie,” which is offset from the other tall buildings - although he concedes that such a plan would throw up “all sorts of complications”.

These include the need to protect some of the capital’s key heritage sites. In particular, development must preserve the views of St Paul’s Cathedral and the Tower of London, and Hayward doesn’t see those planning rules being changed any time soon. But that’s not necessarily a bad thing - London will never become another New York, he says, because it marries the old and the new. “If you look at our tall buildings they’re icons because they are different.”

Congestion is another complication: a new tower of 10,000 workers will inevitably add to vehicle volume and the City of London is already in a position where it “cannot cope”.

Hayward says that the effect of the congestion charge has worn off, so the Square Mile has had to go further, setting a target of 10% of commuters either walking or cycling to reach the area and trying to consolidate deliveries so that there is “not a white van every five minutes”.

Crossrail - which will put an extra 300,000 people within a half hour of the Square Mile - throws the issue into sharp relief, as does the need to meet ambitious air pollution targets, which Hayward says is a “real challenge”.

Getting City Hall on side will be key if he wants sign off on more towers. London mayor Sadiq Khan gave an indication of his views on tall buildings in his ‘City for All London’ document last month. “Higher density does not necessarily mean high rise; greater densities can be achieved through a range of designs, including mid-rise buildings where appropriate,” he said ominously, although he did add that he saw “tall buildings continuing to play a role in the future of London”.

Asked whether he foresees any potential areas of conflict with City Hall, he acknowledges that tall buildings are high on the list. “If an application gets called in, we want to know what their policy stance is likely to be,” he says. “That will be an interesting starting point.”

A visualisation of the new Crossrail trains

He has been busy meeting deputy mayors to try to get them on side and hopes to iron out any issues in the coming months.

If the challenge of building more offices in the densest part of London wasn’t enough to keep him occupied, Hayward faces another growing concern: flexibility. “It’s no longer just the corporates that are looking for office space in the Square Mile,” he points out. “We are increasingly under pressure to provide office space for start-ups and SMEs, and therefore flexibility is becoming of key importance in applications.”

In 2015, 991 start-ups registered in the City, with - predictably - fintech firms leading the charge.

“It’s the future,” Hayward says. “We really need to get that sort of flexibility in our office space.” Hayward is encouraging developers to incorporate flexible space into their plans, as seen in 22 Bishopsgate, where two floors will be entirely given over to flexible working.

There is also a need for greater public realm and green space, says Hayward, who is pushing developers to deliver more. “It’s about where workers go for lunch, where they can sit outside. One Undershaft is effectively built on stilts, so you get maxed out on public realm,” he says.

While he has a long-held appreciation of green space - as a politician, his experience is in the leafier regions of Hertfordshire and Dorset - he likes the “vibrancy” of London. He also enjoys the fact that the City of London - unlike other local authorities - is technically apolitical: elected members do not belong to political parties. 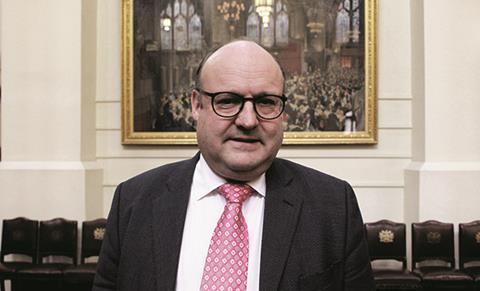 “At the end of the day,” he says, “I am a politician, and politics is always at the heart of it. Officers advise and members decide. But people aren’t whipped as they are elsewhere - that’s a real plus. We are all independent members, so you get a much healthier debate.”

While there are challenges, he feels there is a genuine “buzz” around the City at the moment. Where workers used to “pile out of the city at 5:30,” they’re now socialising in the myriad new bars and restaurants, he notes, adding: “It’s always evolving. One of the reasons for [the City’s] success is that it’s always responded positively to change.

“You only have to look at the number of cranes in the Square Mile today - and I don’t want to see any cranes standing still.”

Of course, the task of keeping those cranes moving doesn’t just fall on Hayward’s shoulders.

In September, the City of London published a consultation on City Plan 2036, which aims to cement policy for the next 20 years, asking questions such as: ‘Should more development and tall buildings be encouraged in the eastern cluster?’; ‘How can the demands for street and leisure space be met?’; and ‘What mix of land uses will be appropriate on the Thames riverside over the next 20 years?’

Hayward and his colleagues are currently wading through the responses. But this is a long-term project and there will be more chance for engagement soon.

Hayward promises to ensure the stakeholders are “properly consulted” and that the planning committee “properly considers the responses” to “get it right”.

“You start off with a skyline. I would hope that at the end of my tenure I will have left the City a better place than it is today,” Hayward says.

If Hayward gets his way, it should be that.