The Philip J Davies director on Manchester United, being inspired by his dad and holidays in the Algarve

Working as an agent I sent out a flier to 200 agents and clients for a property in Knutsford with two key letters transposed (you work it out).

What is the best work decision you ever made?

Choosing commercial property as opposed to going into my dad’s residential agency because it meant I could watch and play football at the weekends.

What is your greatest work achievement?

Probably the development of 2 St Peter’s Square, Manchester - 14 years in the making.

What is the best night out you’ve attended?

On 26 May 1999, [Manchester] United beat Bayern Munich to win the treble. Partyyy!

“Another week and I’m still in business” - at close of play each Friday.

My dad, Aubrey Lee, a well-known north Manchester residential agent, who until his dying day could always be relied upon to give me his honest opinion, good or bad, with no agenda.

From personal involvement, 2 St Peters Square. With no involvement, Old Trafford, the football one. It has lots of happy memories. 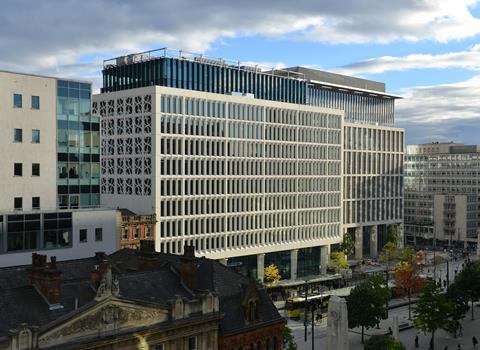 Who in the property industry do you most admire?

[Former Manchester City Council chief executive] Sir Howard Bernstein. I have got to know him through a charity we work with. His ability to make key decisions quickly has brought Manchester to the fore.

Property is like a kaleidoscope - turn it and you see a different picture every day.

If you weren’t in your current post, what would be your dream job?

A football manager at a professional level, or working with the homeless in Manchester, as I have become troubled by the number of people living on the streets.

The planning process - it’s a nightmare.

What was the first record you bought?

Seasons in the Sun by Terry Jacks.

A Talbot Simca in lime green - a shocker!

Anywhere on the Algarve with my family.

To be in the property industry like my dad.

Watching films or TV. I play a lot of Boggle with my wife - a word game, before you ask. And I still play fantasy football at 56 (I know - sad, isn’t it).

A big block of Cadbury’s Dairy Milk in front of the TV - slightly melted, if possible.

I am a football referee (level six). I enjoy the abuse.

Sir Alex Ferguson: he could have been anything he wanted to be, not just a football manager. It would be interesting to hear his journey from the pits of Glasgow and beyond. Bruce Springsteen: I love his music, but he also has a great back story. And Margaret Thatcher: not for the politics - just because her strength was unbelievable.

Either the Algarve or Herzliya, Israel.

“Think before you speak” - another line of my dad’s. I do sometimes shoot from the lip and it gets me into trouble, but I am better now, as well as older and wiser.