Tom Bloxham is a man who likes to prove people wrong. 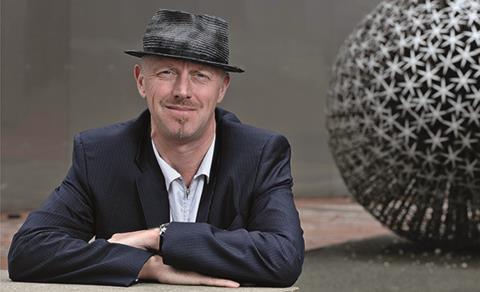 In the 1990s, when his company Urban Splash first began developing trendy loft apartments in former industrial buildings in Manchester and Liverpool city centres, he was told there would be no demand for them.

Instead of failing, those apartments became the building blocks for the Urban Splash portfolio, defining what came to be the developer’s signature style of turning run-down period buildings into desirable, quirky places to live or work.

Urban Splash has since developed around 5,000 residential units and 2m sq ft of commercial property across the country, investing more than £1bn in regeneration projects from Plymouth to North Shields.

Now, Bloxham is ready to challenge perceptions once again, as one of the first developers to launch a major push into modular construction via its HoUSe brand.

So what is his vision for this next phase in Urban Splash’s evolution?

The plan is nothing if not ambitious. “We want to be building thousands of these a year as soon as we can,” Bloxham says. “In 2007, we completed on about 1,000 new homes, so we’ve been there before - it’s about ramping it up and getting there as soon as possible.”

He sees modular construction as very much the direction of travel in the residential sector, which is why Urban Splash has been an early adopter.

The UK will either grab hold of modular and get on board or be left behind. We like innovation

“My view of the world is that everything is becoming more and more industrialised and being made more efficiently in factories. Housing is one of the last bastions there is,” he says. “The UK will either grab hold of [modular] and get on board or be left behind. We like innovation and we want to be driving that future.” 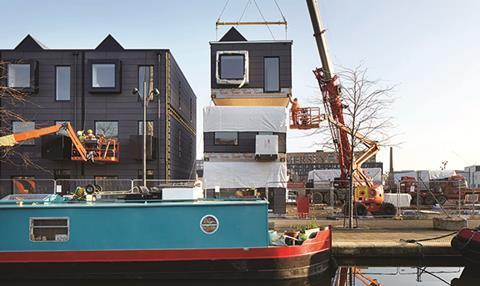 Urban Splash’s hoUSe schemes have a number of design influences

According to Urban Splash, the HoUSe concept draws on the best of Victorian and Georgian architecture, which is still extremely popular with buyers - think three-floor houses with high ceilings and large windows - but it also allows people to choose the layout of their homes, for example the configuration of the rooms and the floor that the main living area is on.

Bloxham says he was inspired partly by the public’s love of self-build TV show Grand Designs and partly by the increasing customisation offered by other industries.

“Ten years ago when you bought a new car you went to the local showroom and you drove away with the one that most suited you,” he says. “Today you go online and decide what colour; what engine; estate, convertible or coupé - I thought, why could that not work for housing?”

The 43-unit pilot scheme in Manchester’s New Islington is already completed and fully occupied by a mixture of young professionals, families and empty-nesters. Although modular is making waves in the property industry, Bloxham says the typical buyer is not interested in the method of construction so much as whether their property is a well-built, well-designed home.

“In our experience there’s not a perception problem with buyers: 10% are very pro-modular, 10% are very against it and the vast majority of people don’t particularly care how their house is built,” he says. “The reality of it is that modular houses are actually better and stronger.”

Strong demand has spurred Urban Splash on to plan an 84-unit scheme of modular flats - known as Mansion HoUSe - on a site adjacent to the New Islington pilot. It also has schemes on site at Salford’s Irwell Riverside, the majority of which have already sold, as well as Smith’s Dock in North Shields, and is now looking at sites across the UK for its next wave of HoUSe projects - and not just in city centres.

“I think HoUSe can work in a number of different areas: we are looking at some rural locations and some suburban locations,” says Bloxham. “But we have got a sort of fan base of customers who appreciate design, who appreciate good value; people who are cutting edge and forward thinking - and they do tend to be attracted to urban or edge-of-urban areas.”

Bloxham has also come up with a profit-sharing scheme to encourage landowners to sell sites to Urban Splash rather than the large housebuilders - which he says are “effectively a land-buying industry” - that can offer more cash up front. 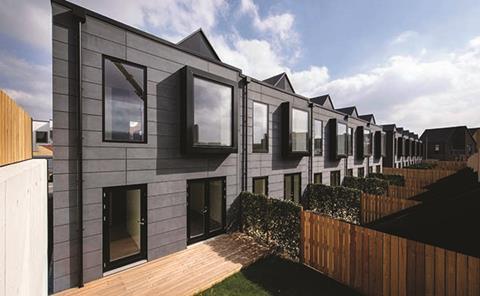 “When you try and bid a couple of years before completion on land, the one thing I can guarantee you is that you will get the price either too high or too low. If it’s too low it means landowners don’t get enough of a reward; if it’s too high it means nothing usually gets built,” he explains.

“Rather than arguing on day one over what the land is worth, we want to work together with the landowner - be they public or private - to make the site as valuable as possible. We are saying: let us fund the whole construction and the build, and then let’s sell it for as much as we can and split the profits at the point of sale.”

Under this scheme, Urban Splash avoids tying up all its money in land and landowners stand to benefit from increasing land values, he adds. This model could work particularly well for local authorities or bodies such as the Homes and Communities Agency, he says, because they would maintain influence over the site, giving them leverage when it comes to the new school or social housing that might be needed.

But is the public sector really on board with modular?

“It’d be fair to say it’s been met with a mixed reaction,” says Bloxham. “You get some [council] members who have got memories of prefabs and they need to go through a process of education and understand it is very different to what was being built in the ’40s and ’50s.”

He adds that there was similar resistance when Urban Splash was first developing flats in city centres in the ’90s. “Now look at where we are - what we started a few years ago has grown to be huge,” he says.

Bloxham has not forgotten those roots.

“Moving forward, modular construction is probably going to be our big thing, but we still want to do the interesting, difficult listed projects we made our reputation with,” he says.

Ongoing schemes such as Bristol’s Lakeshore, Smokehouses in North Shields’ Smith’s Dock and Brownsfield Mill in Manchester are testament to that strategy.

Modular construction is probably going to be our big thing, but we still want to do the interesting, difficult listed projects we made our reputation with

The company is not just focused on housing either. Its commercial business is still going strong and Bloxham says it is focusing on both sectors equally and will continue to do so. “I always find it somewhat ironic that people tend to think of themselves either as residential developers or commercial developers,” he says. “We take a slightly different view where we look at a building and decide what the best use is for that building.”

It is continuing to develop in the sector, particularly in the North West where its latest project is a redevelopment of the 46,000 sq ft Office Village close to Salford’s Media City, which it acquired last year in a joint venture with Pears Group. 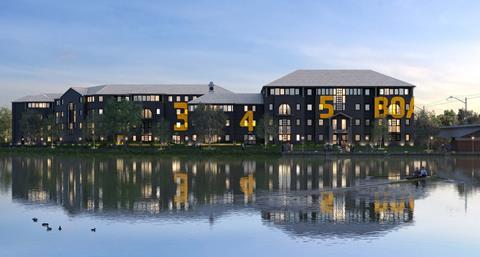 As with most Urban Splash projects, the vision is both creative and ambitious.

The project is an indication of Bloxham’s confidence in the North West market, but given how hard Urban Splash was hit by the 2008 crash, which led to a £135m refinancing of the business in 2014, he is under no illusions about the direction in which things might be heading.

“Manchester continues to be a strong market and most of the regional cities are strong,” he says. “Whether they will follow suit and quieten down [like] London or whether they will keep going, who knows?

Given Bloxham’s reputation as a true industry pioneer, rivals and peers will no doubt be keeping a close eye on this HoUSe proud man.

Want to find out about more on modular? Book your place for RESI 2017 now