What makes CEO David Stalker’s chain of Oxygen Freejumping centres stand out from the wave of trampolining initiatives landing in the UK? 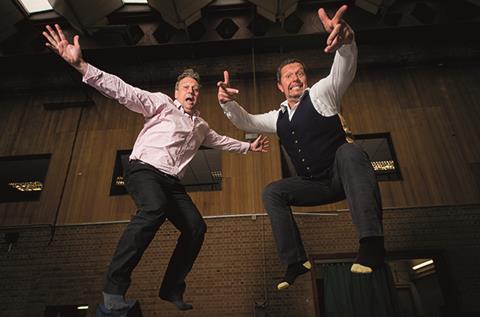 The fitness industry stalwart was watching a US TV soap opera when he noticed that people were bouncing up and down on trampolines in the background.

Interest piqued, Stalker - who was on the lookout for a new business idea - started researching the new fitness craze that was rapidly growing in popularity across the States. After a visit to the US and a trip to see a couple of existing trampolining parks in the UK, Oxygen Freejumping was born last year.

The company has two operational sites, but after picking up five former Lucozade Powerleague football centres that are due to open this summer, and with other deals in the pipeline, the company is on track to have around 15 bases running by the end of the year.

Property Week caught up with Oxygen’s chief executive officer Stalker to find out how big he thinks the trampolining sector can get in the UK and how he intends to deliver on his aim of making his company the nation’s biggest trampoline chain.

When Stalker was putting together the business plan for Oxygen, he knew it was vitally important to put in place the right management team. And thanks to an impressive CV that included stints working for LA Fitness, a corporate health and fitness company called Bladerunner that he founded and later sold to Nuffield Health and as CEO of ukactive, he also had a bulging contact book of fitness and leisure industry heavyweights.

Hence he was able to bring on board Fred Turok, former CEO and chairman of LA Fitness, as chairman and Stephen Philpott, former CEO of Places for People and managing director of David Lloyd, as a non-executive director. Next came the task of locating suitable sites.

“I found the first site in Acton, which was owned by British Airways’ pension fund,” says Stalker. “I raised the money with a view at that point of ‘we’ll do a couple and let’s see how it goes’. The Acton site has outdone all of our expectations, both commercially and in terms of having an impact on the local community.” 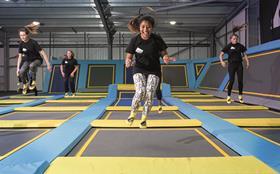 The success of Acton, which opened in July last year, gave him the confidence to open another slightly smaller site in Southampton, in December, which has enjoyed the same level of success as the original, claims Stalker.

A deal was struck in January this year - Stalker raised £8m of debt and the company’s shareholders pumped in a further £2m to fund the transaction. Had the opportunity come up six months earlier, Stalker says he might have struggled to push it through.

“In July of last year, if you went to speak to a landlord about a trampoline park, they didn’t know what you were talking about and you would have to explain it to them for 20 minutes. But now when any opportunities come up, there is a queue of at least seven operators and landlords who know exactly what you’re talking about,” says Stalker.

The Powerleague portfolio was a perfect fit in terms of Oxygen’s property requirements as the buildings had eaves heights of 6m+ that trampoline parks require - for obvious reasons - and B2 planning. They also fit the 25,000-50,000 sq ft size range that Stalker is on the lookout for. In terms of geographic locations, he says that he will consider any area, but he wants the best site within that catchment.

That’s partly because he wants to set the company apart from other trampoline operators by offering a higher-quality experience.

“We spend about £1.5m on build and fit-out, which I know is much bigger than others,” he says. “People might say that sounds crazy, but my view is everyone is opening in light industrial units and there are some great light industrial sites out there, but we wanted to have a product that would fit well in leisure complexes next door to a gym, a cinema and the associated fast-food chains. That’s my idea of a perfect site.” 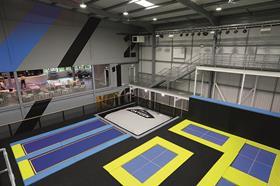 The other ways in which Oxygen differs from rivals are that it has set up trampolining academies to help train talented trampolinists, it runs dodgeball leagues and it has created a freerunning academy with Sébastien Foucan - the world’s most famous freerunner.

These activities, coupled with the healthy food and drink on offer in the on-site cafés, are aimed at ensuring the activity isn’t just a passing fitness fad and that people keep coming back for more.

The big test for the company and for the concept will come when the five sites it acquired from Powerleague open this summer, in addition to a further two sites, in Leeds and Croydon, which are scheduled to open at around the same time.

But Stalker is confident that the model Oxygen is offering is the right fit and will enable it to become the UK’s largest trampoline park operator.

“There’s a bit of a mad land grab going on in the trampoline industry at the moment,” says Stalker. “You have about 50 parks, but about 40-odd different operators. Our strategy is to be there or thereabouts in terms of the quality of offer and be the leader in terms of the number of parks we own.”

He believes the UK has capacity for around 300 parks and has set a target of opening 50 Oxygen sites by mid-2018. European expansion is also a possibility further down the line, but at the moment Stalker is busy raising funds for the next round of expansion. “I spend more time in the City than I do in Acton,” he says.

Stalker is already jumping for joy at the progress Oxygen has made and given the significant head start the company has over its rivals, only a fool would bet against him meeting his ambitious future growth targets.