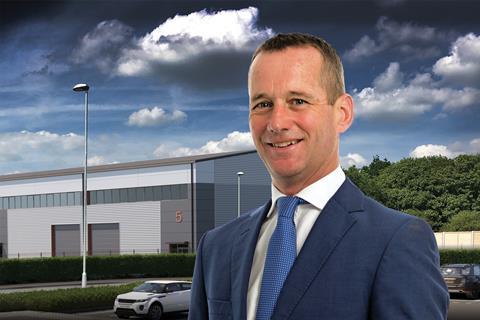 Property Week caught up with Bains to see how he has settled in and to find out what his strategy is for the business.

What are the biggest changes you have seen since taking the reins at Chancerygate?

I was used to getting 150 emails a day at Rockspring and suddenly I was getting 30 or 40 and I’m thinking: “What am I doing wrong?” Actually I realised that there were 100 emails of corporate rubbish that I’m not getting any more. I get a lot less email traffic but what I am getting is a lot more pertinent. It isn’t any less of a workload but a different workload, so that’s refreshing.

One of the most interesting things for me since joining has been going around and seeing the diversity of the tenant base at our schemes. You do get a real feel of how a cross section of businesses are doing.

Something that has come into very stark reality since joining Chancerygate has been the planning system. When you bear in mind we are generally building on sites that are allocated for employment and are old industrial sites, we’re not pushing the envelope. We have some very frustrating planning situations occasionally and that’s a challenge.

So what have you found particularly frustrating about the planning system since you started at Chancerygate?

It really varies from local authority to local authority. Fundamentally, the problem with the local planning system is that it is not uncommon to have a planning officer recommend a scheme for approval for all the right reasons and the councillors in the room, who frankly don’t have the in-depth knowledge, refuse it. It’s incredibly frustrating for everyone, including the planning officers. It must be crushing for them. I’m not surprised that you see many of them get to a certain point before crossing over to the private sector to fight the battle from the other side. There has to be a fundamental shake-up.

What is your current focus when it comes to business strategy?

I don’t think we are going to be changing anything dramatically at this point in the cycle. We are slightly repositioning our balance sheet investments at the moment by selling £20m worth of the smaller assets we have and back-filling with some of our completed developments. We are putting better-quality multi-let industrial estates on to our balance sheet rather than lower-quality kit.

It’s both defensive and offensive as a strategy. It’s defensive because if the world does turn a corner and go the wrong way those assets will be more robust and we will be more resilient. But I think they also put us in a better place to then grow our balance sheet from there and take the business forward.

So that’s one thing I’ve looked at and we’re in the process of implementing. Principally, though, we are a developer-trader.

So is the appetite from funds still as insatiable as ever?

We have done a number of deals in the past year with the likes of Royal London, M&G and Barings, where we have de-risked the site and then the funds have committed to forward purchasing. 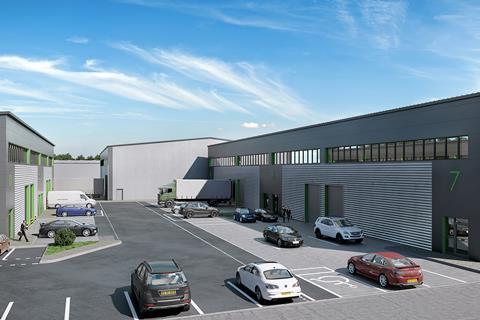 There’s a lot of demand for grade-A kit generally and there is very little of that on the market to buy, so I think the funds are finding that if they really want that kit they are having to get in with a developer and try to unlock it on that basis.

Most still won’t take on the planning and development risks, so they want us to de-risk it. Where we come into our own is that we have the balance sheet to buy the site, clean it up, get planning, sort it out and then dispose of it, whereas a lot of other developers don’t have the luxury of having that balance sheet to make the land purchase in the first place – they need someone to back them.

Do you think prices have got too hot for development sites?

Pricing in some places is getting very aggressive. I’m not saying there isn’t good reason for that – if you look at land supply and the lack of provision for employment land, that dynamic won’t change. But you need to be careful about being caught at the top of the market paying massive prices.

We’re having quite a lot of success bidding in the regions where we are the first to develop in that regional town or city for decades. That sort of dynamic we really like because there is a lot of pent-up demand – that’s places like Ipswich and Gloucestershire. That to us is our bread and butter and where we are having a more productive time.

But to make something work at the prices that have been quoted for land in some places, you’d have to look at multi-storey.

Is multi-storey something you are looking into?

We are looking at and exploring how that could work alongside the whole ‘sheds and beds’ concept. I personally think [the latter] is probably harder to make work than multi-storey. [Residential and industrial] don’t sit well together from a noise perspective and also they have got to have very separate entrances, which can be designed in, but I think there are only a finite number of locations where that will work. I have no doubt that it will happen in certain areas but it is difficult to see it being prolific in the short term. I don’t see it as something everybody will be doing in five years’ time – maybe in 15 to 20 years – whereas globally, there are some successful precedents for multi-storey stuff.

Where do you think we are in the cycle?

Trying to call the market is a mug’s game. This market could quite comfortably pootle on at the same rate for another two, three or four years. Equally, something could trigger a downturn in sentiment; there are a lot of risks out there nationally and globally on a political and economic level. Having said that, I remember making that same point two years ago and the market has only got stronger.

If you look at what we’re building, more than 50% of the tenant demand is from SMEs, and SMEs are fundamentally affected by how the country is doing. They have to ask: can they borrow affordably? Is GDP rising? How is consumer and business confidence? Can they import and export? There is quite a risk there for the industrial and logistics sector. But at the moment we are not seeing a lack of confidence from tenants.

We’re not at the bottom of the market, but are we at the top of the market? I don’t know. As a business we are seeing good tenant take-up and that gives us confidence to continue buying sites but we’re not throwing money around willy-nilly.

What are your plans for Chancerygate going forward?

We’ve put a senior management team in place to help take the business forward with Al King promoted to head of development. The other area that is part of my target list for the year is to open an office in Birmingham. We have a very successful operation in Manchester and London but there is a very obvious gap geographically in the Midlands. If we want to expand and pick up more sites in the Midlands we need to have someone on the ground, so we have the intention of opening an office in Birmingham within the next 12 months.