A new start-up seems to burst on to the UK tech scene every minute. These bright young things know what the future holds and are clamouring to secure their stake in it. But it’s not easy. 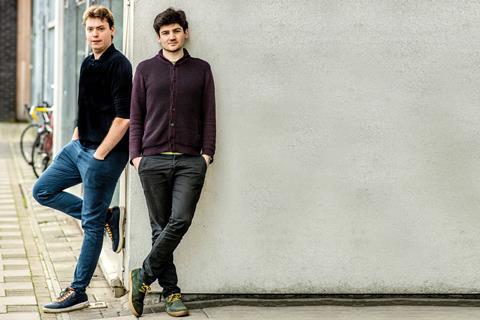 Attrition rates are high and some of these new companies go bust soon after launch. Others achieve a modicum of success, but fail to break into the mainstream. Only a select few have the ability to disrupt and change industries.

One construction tech, and by extension proptech, business hoping to achieve the latter is Converge – winner of the elevator pitch at Property Week’s inaugural TechBytes seminar in November, which was hosted and sponsored by Mishcon de Reya and co-sponsored by Leverton and KPMG. Both judges and delegates at the event felt that of the four start-ups that took part in the competition, Converge would have the biggest impact on the property industry.

So who are the people behind the business and what is their big idea?

Founded in 2014 by Cambridge University graduates Raphael Scheps and Gideon Farrell, Converge has developed a ‘plug and play’ sensor-based platform that the pair hope will transform the construction industry. And with productivity levels lower than in almost any other industry – 60% of UK build projects are delivered late and 40% over budget – transformative technology is clearly needed.

Scheps and Farrell met at university, where chief executive Scheps studied theoretical physics and chief technology officer Farrell studied astrophysics. They were brought together by an interest in sensors and their applications – Scheps was part of a research team that used sensor data from big telescopes to investigate supernova behaviour, while Farrell analysed sensor data as part of his master’s thesis on solar jets.

“We were fascinated with the idea that you could connect potentially millions of devices, physical [sensor] devices, to the internet and start using the data they collect to make industries more efficient,” says Scheps.

“What got us really excited was construction. It’s such a large and important industry – we’re going to be building buildings and infrastructure for centuries to come – yet until recently people hadn’t begun to transform it through digital technology. If we can start making construction and property more efficient through data, we could build structures that we never thought possible before.”

We could build structures that we never thought possible before

The business partners’ shared interest in sensor technology became a shared business plan and, in 2014, Converge was born. The pair joined London-based start-up incubator Entrepreneurs First (EF), and it was through this that they met their first customer, Tom Gilpin.

Gilpin had held various roles at Laing O’Rourke, latterly as an innovation engineer, and understood what Converge wanted to achieve and the potential impact it could have on the construction and property industries. He brought the pair in to work on several Laing O’Rourke projects and together they realised that if they could offer real-time concrete monitoring – primarily of curing times – it would benefit both the contractors on site and the developers behind the projects.

So they set to work on building the technology that would enable them to do just that. What they came up with was a sensor that, once embedded in concrete, sends information such as moisture levels to Converge’s servers via the ‘Internet of Things’. 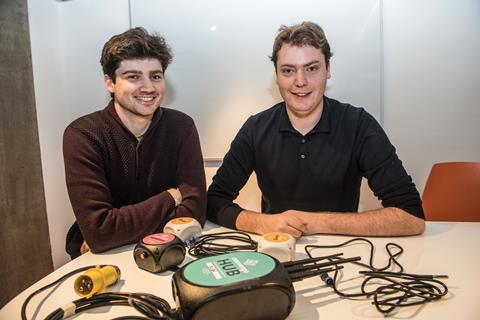 Contractors can log on to the Converge analytics platform via phone or computer to access real-time, accurate data about how strong the concrete is and receive alerts when the concrete is set so they can begin work on the next stage of the project.

The traditional method of testing concrete strength is either to do so manually using handheld tools or to send samples away to be ‘cube-tested’, which takes time and can be unreliable since samples are stored in temperature-controlled laboratories that don’t mirror conditions on site.

Converge’s technology eradicates the need to go through such laborious processes. In time, the company hopes its technology will enable it to accurately predict how long it will take for a certain mix of concrete to cure in a certain environment, taking into account weather, temperature and other variables.

“As soon as you start collecting data on site, you can start inferring answers to questions like ‘am I on programme?’ and that’s a really valuable question to answer for pretty much everyone involved in the project,” says Scheps. “Contractors can start saving time and being more efficient about the way in which they build the structure. They can learn from their mistakes and take those insights on to the next build.

“For developers, it’s about having records on your structure and making sure it’s delivered within specification. It’s about full traceability. Once you install a Converge sensor into your structure, you’ve got real, accurate data on what happens and that data exists forever.”

The value to the developer is the visibility the data gives them into what is happening on site, not least whether the build is on schedule. “Using these sensors, they can spot if their project might run late really early on and take action to try to prevent that,” says Scheps. “Basically they’re minimising the risk of overrunning.”

During the TechBytes pitch, Gilpin – who moved from Laing O’Rourke to Converge to take up the role of head of business development and operations – gave the example of a student accommodation development in Vauxhall. When Converge was brought on board, the project was running two weeks late. As a result of the data its sensors collected, it ended up being completed two weeks early, he says. 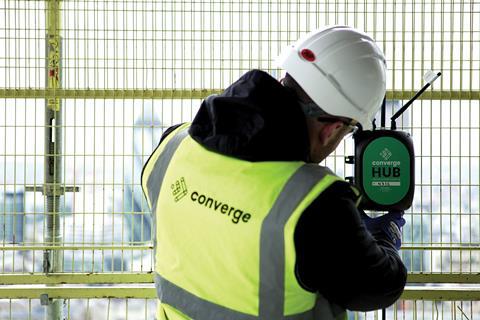 But this is not just about speed. Different build projects derive different benefits from the data – Scheps cites accuracy, consistency, predictability, transparency and quality assurance as some of the other advantages. Even so, when Converge first mooted the idea to potential backers, it was not an easy sell.

“Construction is an industry worth 10% to 15% of global GDP,” says Scheps. “It’s estimated it will be worth $10.5bn [£7.5bn] worldwide by 2023, yet it’s about 30 years behind on digital technology. You look at construction sites today and it’s beginning to change but when we got started three years ago, some of the technology investors thought we were crazy to go after what they perceived as a very traditional industry.”

Construction is an industry worth 10% to 15% of global GDP

Scheps views Converge’s track record as validation. In the past 18 months, some 2,000 of its sensors have been used on more than 50 projects at schemes including Hinkley Point C nuclear power station and Tottenham Court Road Crossrail station; at several residential towers; and at precast factories that produce concrete slabs for modular builds.

To keep up with growing demand, the Converge team has doubled in size from 10 to 22 employees in the past year. It has also attracted the interest of a number of tech ‘angels’ – individuals who invest private funds in promising start-ups – including chairman of the Cambridge Angels Peter Cowley, who is non-executive director.

With such financial backing, Converge is continuing to roll out internationally and is now working on projects in Scheps’ native Switzerland plus Hong Kong and Singapore. Eventually, the hope is that the technology will take off across Europe, Asia, the US, the Middle East and South America – anywhere with a large construction industry.

Converge’s ambitions don’t stop there. It is starting to produce aggregate statistics across multiple sites so that construction companies and developers can start comparing their sites and gain an understanding of how their estates are performing. Eventually, it hopes to build sensors that can be used to monitor buildings over their lifetime, not just during the construction phase, to identify and resolve maintenance issues.

“It would be quite simple for us to start embedding pH sensors or strain sensors that would let the owners of the structure monitor corrosion in real time so they can identify when they need to start taking preventative measures,” says Scheps. “The earlier you catch them, the less it’s going to cost you. 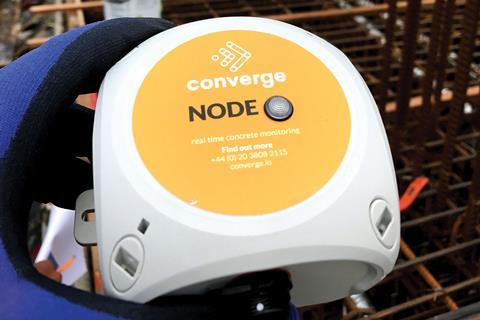 “The challenge for us as a technology company is going to be to overcome the networking aspect to that – how do you get these devices to communicate with the cloud when you’ve fitted out the whole building and how do you do so in a ubiquitous way? How do you power these devices so they last as long as a structure? They’d need to work for decades.”

The technical expertise of the Converge team means it probably won’t be long before they find a way. As with all successful tech businesses, it has identified a problem – in this case, timely and consistent build delivery – and developed a product designed to solve that problem.