Vivienne King has a lot on her plate at the moment. 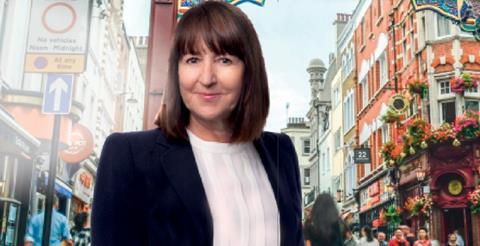 Tasked with delivering affordable homes in some of the most exclusive postcodes in London, the chief executive of Soho Housing is also rolling out a new programme of safety measures for the housing association’s older homes in the wake of the Grenfell Tower tragedy and has just completed an audit of its land and buildings to identify development opportunities.

If that weren’t enough, in her capacity as chair of Real Estate Balance (REB), King is also trying to drive gender equality in a sector where the issue has been thrust into the spotlight by the recent Presidents Club and gender pay gap revelations.

Yet, despite her hectic schedule, she wouldn’t have it any other way at what she sees as a pivotal juncture not just for Soho Housing but for the industry.

King replaced Joe Chambers as chief executive of Soho Housing in May 2016, having previously been director of business operations and general counsel of The Crown Estate, where she helped lead its transformation from a traditional estate into a modern property business.

One of King’s key priorities is maintaining and building on the relationships made during her time as operations director at The Crown Estate. She has a much smaller team at Soho Housing – of 26 ”incredibly talented” people – which means everyone has to muck in, including her.

“My focus has got to be driving the business forward; that’s why I’m here,” says King. “But at the same time, because we’re a small business I roll up my sleeves. If someone’s phone is ringing I’ll pick it up. I talk to our new commercial tenants about the business that’s going into one of our buildings, what their values are and how it’s going to work in our community.”

King is not merely paying lip service to the importance of values. One of Soho Housing’s latest affordable housing projects involves the upgrading of a building that was formerly used as a hostel by female theatre workers in the 1920s and 1930s. Once the refurbishment is complete, the scheme will boast a restaurant on the ground floor that King has stipulated must offer work experience to catering students from the House of St Barnabas, a charity that helps homeless people back into work.

• Career highlight: there have been many – opening up The Crown Estate’s ability to invest through partnerships

• What are you reading:Imperium by Robert Harris. It tells the story of Cicero and is brilliantly written

Soho Housing also tries to offer rental homes that are genuinely affordable rather than, as is so often the case in London, only notionally so. Its discounted rent properties are aimed at local households earning between £26,000 and £63,000 and the rent is set at 35% of average household incomes, which produces a sliding scale of rent levels that works out at roughly 35% to 65% of market rent.

Unsurprisingly, demand for such housing is rising and the housing association has acquired nine new buildings since King joined, comprising about 43 homes in all. Its jurisdiction stretches from Queen’s Park in the west across to Smithfield in east London. Growing the housing portfolio is tricky because of the scarcity of affordable options in these areas.

“It’s a challenge because of price and opportunity,” she elaborates. “The opportunities are rare and as a consequence when they do become available the cost is significant.”

However, King has a number of aces up her sleeve. The housing association owns commercial property in the West End worth around £40m, which cross-subsidises its social purpose and gives it significant firepower when bidding for sites. The networks King built up at The Crown Estate also give her an edge over competitors.

“We keep our ear to the ground and have very strong local relationships. We know who’s thinking about selling, which means we get in early,” she says. 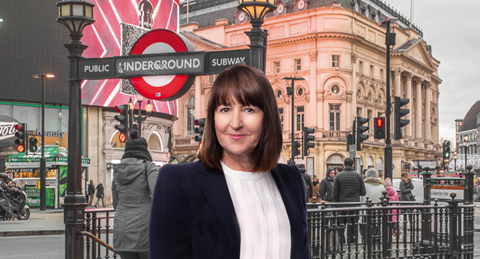 Her affinity with London goes beyond working there. Born within earshot of the Bow Bells, which according to tradition makes her a true Cockney, King says she has a “strong feel” for the city. “London has a strong heritage of being able to accommodate diversity well and we feel we’re enabling London to do that for the long term by ensuring that it’s not only the very wealthy who can live there,” she says.

King is keen to encourage more diversity in the property industry. She was one of the founding members of REB two years ago. The organisation now has more than 60 corporate members and aspires to increase the percentage of senior real estate posts held by women to 30% by 2020. It would like to see this rise to 50% ultimately, but as King acknowledges, actions need to start speaking louder than words. “I feel we have moved beyond the point of talking about improving gender diversity,” she says. “We need to do something about it.”

To that end, on 3 October, REB is launching a ‘toolkit’ of advice and good practice that King hopes will act as “an invaluable resource for organisations committed to creating balanced workplaces”.

A lot of work is also being done at board level in REB’s member companies to educate senior managers on how to encourage women to apply for the top jobs.

King adds: “We run specialist talks across all areas of real estate such as hotels, logistics and housing to give women a broader understanding of the industry. If they’re talking to someone who isn’t in their sector, they will have the confidence to hold a conversation about it.”

One of King’s favourite REB events is ‘speed mentoring’. Anyone coming to the event, which is also open to men, gets 20 minutes with a mentor to ask one question about their career before switching to another mentor.

King says it is rewarding for both the mentor and mentee. “I learn things about the way those who are going to succeed me are thinking. My own mother became a doctor at a time when very few women were doing that. I always think of myself as standing on her shoulders and the shoulders of other women. At these events, I see myself as preparing those to come after me and standing on mine.”

King is confident that the ratio of senior men to women will eventually reach a balance but says: “We recognise that this is a long game. It’s going to take some time for these talented women in the pipeline to come through into those positions.”

Given King’s strong track record, few people would bet against her achieving REB’s goals while simultaneously providing much-needed affordable housing in the heart of London.

After all, she is the King of Soho.