Birmingham is property jewel at the heart of the UK

Birmingham is currently a top tip for investment potential in the UK.

Does Birmingham really offer the best property investment potential in the UK? That was the suggestion in the recent joint study Emerging Trends in Real Estate 2015, produced by the Urban Land Institute (ULI) and PwC.

This not only made Birmingham the top investment prospect in the UK, but the sixth best in Europe. For those historically more used to hearing rather gloomy stories come out of the Black Country, the news came as a pleasant surprise.

The European cities ahead of Birmingham were Berlin, Dublin, Madrid and Hamburg (in that order) — and Athens at fifth, though whether this would still be the case post-election is debatable. Commentators were also certainly surprised about London’s (relatively) lowly position of 10th.

So why did the report’s contributors (250 polled investors) rate Birmingham so highly — and is this view justified?

The city’s regeneration is one factor that made it stand out for the crowd. The new Birmingham New Street station, which reopens in September after a £600m upgrade, is just one example. There are other projects too, such as John Lewis opening one of its largest stores outside London in the new Grand Central shopping precinct, the HS2 project, and the £150m leisure scheme Resorts World Birmingham opening this spring. Work also started on the mixed-use development Paradise Circus in January, a scheme covering 17 acres between Centenary and Chamberlain Squares.

Add all this to the fact that Birmingham has 33,000 businesses, the largest concentration outside London, has seen a population increase of 300,000 in the last decade, and is the youngest city in Europe, with under-25s making up 40% of its population, and the reason the report rated its investment value so highly starts to become clear. 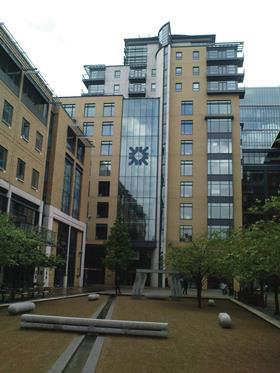 Those close to Birmingham are naturally particularly pleased at its top ranking. Many, however, highlight the point that it is partly due to London’s high prices and fears of a property bubble making investors look elsewhere.
“While major cities like London risk generating a property bubble, Birmingham’s new developments and its rising GVA — which is increasing more than any other UK core city — are creating a sustainable investment destination for companies across the world,” says Neil Rami, chief executive of Marketing Birmingham.

Birmingham agents are equally enthusiastic. David Smeeton, head of Colliers Birmingham office, says that 2014 was “an extraordinary year” for the city “with yields tumbling on prime assets as investors scrambled to secure the limited opportunities”. Smeeton adds that the next wave of speculative development should ensure that this activity continues.

Such optimism seems supported by the latest flurry of deals, notably January’s purchase of RBS’s offices in Brindleyplace by a Berlin-based pension fund for £130m, which is thought likely to be one of the biggest in the regions this year.

But even if we accept that London’s rising prices and decreasing availability mean that investors are looking elsewhere, the question of why Birmingham in particular remains. What about Manchester? Edinburgh? Bristol? On the face of it, there would seem to be a clutch of regional cities that are also offering value in 2015.

Strutt & Parker senior partner Andy Martin is a good man to answer this question as he was not only a contributor to the report, but also chairs ULI in the UK and is on its editorial panel. He acknowledges that other regional centres in the UK are also good investment tips for 2015, but says that Birmingham highlights the main point of the report, which is that there is “a move away from core” — in other words London.

What this doesn’t mean, of course, is that Birmingham, or any other regional city, is suddenly going to be overtaking the capital in total investment.

“London will still be expected to take more money than anywhere else in the UK, but the 250 interviewees for this study felt that Birmingham was offering better value,” says Martin.

PwC itself confirms that in the context of this report, Birmingham is best viewed as part of a trend rather than a unique example.

“The survey focuses on Birmingham as a regional example to underpin the fact that London has overheated,” says Mark Whitehouse, PwC’s real estate expert in the Midlands. “The sense of positivity around Birmingham is also reflected in places such as Manchester, Bristol and Leeds.”

Manchester, which is usually pitched against Birmingham as the nation’s ‘second city’, you might expect to react with irritation to Birmingham’s ranking as best UK investment destination in 2015. Ditto Edinburgh, which looks attractive this year, and Leeds and Bristol.

But in Manchester at least, the reaction to PwC’s survey seems more amused than annoyed. Michael Hawkins, a Colliers director based in the Manchester office, says he has noticed that “Birmingham is on something of a charm offensive at the moment”, but adds that “Manchester is viewed as a world city in a way that Birmingham is not”.

He argues that Manchester has a wider variety of investors and that Birmingham has “a long way to go to catch up”, but acknowledges that it does represent a good investment.

There are numerous reasons Birmingham is able to offer such attractive returns at the moment, adds Whitehouse. These include infrastructure investments, such as the new railway station and airport and HS2. More new office space is also becoming available in the next 12-18 months, including Snow Hill and Paradise Circus, he says.

“The fundamentals in Birmingham will continue to be positive for the next two, three and four years,” believes Whitehouse. “Whatever the result in the general election, I can’t see that changing.”

However, Justin Brown, managing director and portfolio manager of the BlackRock UK property fund, underlines the fact that Birmingham is only one example of a number of investment alternatives to London when he says “that over the last 18 months to two years the flow of international capital into London has led investors to look at many regional markets”.

Brown acknowledges that Birmingham’s proximity to London is an attraction but adds that other centres are also on Blackrock’s shopping list.

“I run a £3bn property fund and while we are looking at regional centres, we are not restricting our search to Birmingham or any specific place,” he says. “The key for us is to be very analytical about each purchase we consider and to conduct that analysis forensically.”

For BlackRock, and others, that analysis is not just about geography but sector. So in recent times Brown says that BlackRock has been keen on “student accommodation, industrial estates countrywide and some offices”. 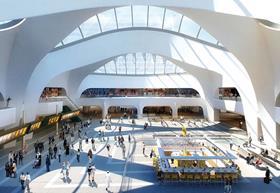 The other question raised by Birmingham’s elevation to best buy in the UK is how long this is likely to remain true. The key for investors in property is, of course, timing. How long is Birmingham likely to be such a good investment?

Many believe that the city’s fundamentals should see it remain a good place for investors for at least a couple of years and perhaps longer.

“The mayor of Birmingham would say forever, but markets adjust,” says Strutt & Parker’s Martin. “The scale of Birmingham is in its favour, though, so I think it’s going to remain a good place to invest for some time yetPwC’s Whitehouse adds: “There is quality space coming into the pipeline for at least 12-18 months, which will help, so I think there is the very real prospect of rental growth. Yields will plateau, but I think the rental growth will be attractive to investors.”

Andrew Angeli, CBRE Global Investors head of UK research, broadly agrees with this analysis, arguing that office space availability in Birmingham is currently 10%-15% lower than in Manchester. But he adds the obvious warning for potential investors who hang around too long and see prices rising.

“It could all quite quickly become less of a bargain,” he says.

For investors, the potential danger is not so much that the PwC/ULI report is mistaken, but that it may not remain true for as long as they would like. Today’s tip is likely to become tomorrow’s dip.