Getting planning in the Green Belt has always been a challenge. 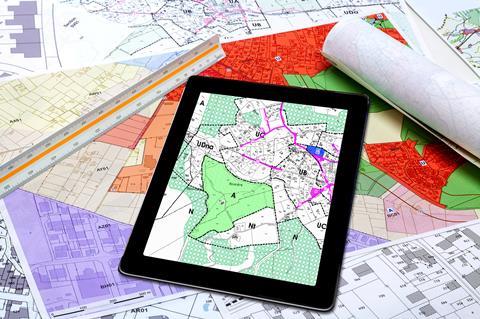 But when there’s a housing crisis and ONS estimates put UK urban land at only around 8% of the total land area, there’s an increasing number of voices calling for the land to be opened up for development.

Of course, many have been saying this for years, but some recent planning appeals might indicate that they’re finally being heard.

These appeals could still be challenged (so they’re worth keeping an eye on), but they might offer a sign of things to come.

A housing project split across Welwyn Hatfield and St Albans has recently been approved on appeal.

The Inspector claimed that an inability to demonstrate a five-year housing land supply meant that a hundred homes – 45% of which will be affordable – should be given “very substantial weight”.

This is perhaps less surprising as both councils are struggling with their housing targets (at 63% each last year), and have a lot of Green Belt land (79.2% in Welwyn Hatfield, 81.6% in St Albans).

It’s not just housing projects, either.

The Secretary of State for Housing recently approved a 99,920m² storage and logistics scheme on agricultural land in Bolton.

In his decision letter, Robert Jenrick found that the economic benefits (2,500 jobs) provided “very substantial weight” in favour of the scheme.

Areas of Outstanding Natural Beauty are even more protected than Green Belt land, yet an application for a continuing-care retirement community recently got approval on a greenfield site wholly within the Chilterns AONB.

A big part of the reason was to address the issue of undersupply of suitable housing for an aging population.

Considering the even stricter rules this project faced, maybe it’s a sign that sites ‘only’ in the Green Belt might be even easier to justify?

Many people have a strong emotional attachment to the Green Belt – it ties into our very identity as a ‘green and pleasant land’.

This could mean a growing, organised resistance to these kinds of projects that goes beyond the normal ‘NIMBY’ crowd.

Some have argued this is demonstrated by the Chesham and Amersham by-election, where planning reform allegedly played a big part in the surprise win for the Liberal Democrats.

The local authority where the constituency is located – Chiltern – isn’t exactly struggling for new housing (hitting 121% of their target for 2019 and 89% in 2020). And with 88.5% Green Belt land, it would take a lot of developments to put a real dent in the supply.

Yet even the idea of losing the land in the most hypothetical sense was enough to cause a monumental political shift.

Few are exactly seeking to tear down forests to put up tower blocks. Green Belt projects are more about taking now-unused farmland and building some much-needed housing.

It requires finding areas falling short of housing targets, but with plenty of Green Belt land available. For instance: