The tech evolution has evolved occupiers’ demands. As tech companies introduced the ‘cool’ workspace, lots of companies have followed suit, which has affected the commercial office real estate building offering. Companies are realising they need more than just desks to attract today’s workforce of digital natives. 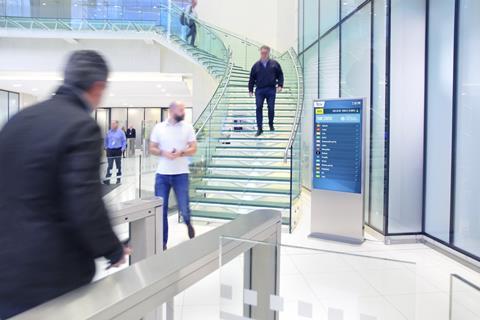 Fundamentally, workplaces are no longer being viewed as merely a facility; instead, they are becoming a service. Workers have more flexibility than ever before, both to work from home and within their offices to find the workspace that suits them.

The workplaces that perform best for their landlords and occupiers are those that are tailored to the needs of workers, giving them the support they need.

But as the number of services on offer to workers increases, there is also a growing challenge for building owners to promote their shared spaces, events and amenities to a population of workers that are being constantly overwhelmed by information and are increasingly time-poor.

In addition, people both inside and outside their offices are starting to feel exhausted by the amount of time they are spending in front of screens and connected to their digital devices. 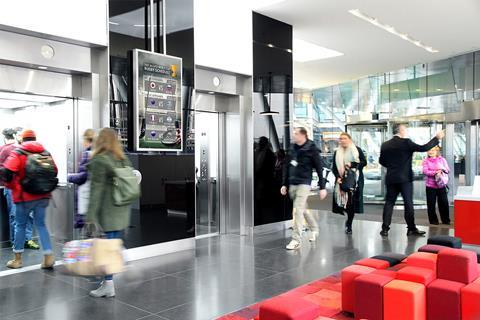 Last year, Executive Channel Europe (ECN) launched a study into peoples’ digital habits and found that half of workers suffer from ‘digital fatigue’.

We found that email open rates were declining across the board and that the average smartphone had 100 apps installed, but less than 10 were used regularly.

It is becoming increasingly clear that if we want to reach people, we have to move beyond newsletters and bespoke apps.

ECN delivers a turnkey solution that enables the property to communicate with the building population in real-time without overwhelming or relying on any action on part of the occupiers. ECN provides all hardware, screens and bespoke content for all our building partners across Europe.

But we also go beyond this, helping buildings become community spaces by enabling a dialogue between a building owner and its occupiers. We are helping to make this relationship more transparent, which in turn will help companies keep the occupiers they have already, as well as attract new ones.

A recent survey found that 97% of building managers would recommend ECN as the must-have solution.

We are content experts who have the technology to measure occupier engagement by analysing audience profile and daypart. 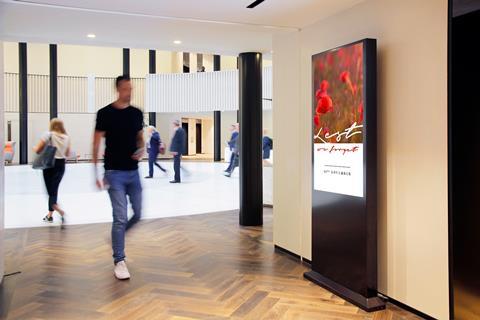 All of this content is produced by a team of dedicated graphic designers and managed by our engagement experts who ensure that your messages are reaching the right audiences.

Last year, we created more than 6,000 individualised messaging campaigns for our partners, covering everything from telling workers about upcoming games in the Six Nations to helping educate them about a new breakout space in their office.

We also want to drive engagement and build trust between landlords and tenants, which is why we’re holding our annual Building Communication in the Workplace Awards on 25 March at The Gherkin in London. We’re bringing together the best the industry has to offer, and hope you can join our effort to move office spaces forward.