With house prices skyrocketing, is a land assembly the answer?

With house prices skyrocketing, many developers need to look elsewhere to find a good deal. And, for many, the answer could be land assemblies. 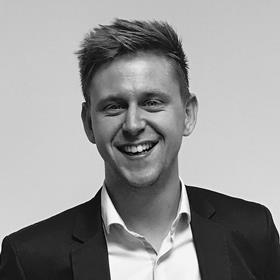 A land assembly is a pretty simple idea – find multiple adjacent sites and combine them into one bigger site, ready for development.

The size of the project, and the kind of land used, can vary massively. For some, it’ll be multiple large brownfield sites turned into 1,000+ developments.

But, for many developers, it can be as simple as buying parts of multiple gardens to build two or three houses on some underused land.

If you’ve never attempted a land assembly before, 2021 could be the perfect time to give it a try – for four reasons.

1) There’s massive competition for houses, but much less so for land

How many people do you think would be interested in (or even aware of) the exact part of a garden you’re looking into?

People have emotional attachments to their homes, and understandably so – it’s where they raised their kids, celebrated milestones and hold their cherished memories.

Plus they know the value of their house, and they know it’s only going up.

But the value of land? That’s a little different, as people don’t have the same kind of emotional attachment.

If you offer a fair price for part of their land, and they get it independently valued at roughly the same, they’ll often think of it as free money rather than fighting for every penny.

3) You can make conditional offers (keeping your cash liquid)

Things are slowly getting back to normal, but until things are certain, having a bit more cash in the bank isn’t necessarily a bad thing.

With a land assembly, you can always make conditional offers on the land. Instead of paying upfront, you pay when planning permission is agreed, for instance, so you know the full project will go ahead.

That cuts your risk, and means you aren’t putting your hand in your pocket until you’re as sure as you can be that there’s a profit at the end of it.

4) It’s easier to socially distance on a land purchase

Things are looking good now, so hopefully this point won’t be needed for long, but let’s face it – there is still a global pandemic.

Some would-be sellers might still be wary of letting strangers come into their home, but they might be much more comfortable with a socially-distanced garden visit.

(And, with a land assembly, you often don’t need to physically visit sites at all, and definitely not until later in the process).

How to get started with your next land assembly

Land assemblies are a simple idea, but like most property deals, it’s all about the execution.

How do you spot the land? Manage all the stakeholders? Avoid the pitfalls?

If you’re new to land assemblies (or just want to make the process easier), download our free guide to Land Assemblies.

In it, you’ll learn:

Starting his career as an estate agent, and now leading a team of experts at LandTech, Calum Tansley has over a decade of property industry experience. He helps property professionals around the country to overcome some of their biggest challenges.