Speculation over what effect the decision to leave the EU would have on the UK property market has come thick and fast, and although predictions have varied wildly, “uncertainty” remains the dominant buzzword.

Now, two months after the referendum in which our fate was sealed, evidence suggests the London market is holding up - and in some sectors is more buoyant now than it was before 23 June.

It is largely business as usual in the London office market; the promise of Brexit appears to have caused a much-needed correction in the prime residential market; and the retail and hotel sectors are both expected to fare well, boosted by an increase in tourism off the back of a weak pound.

What is clear is that forecasts of a London property apocalypse were wide of the mark.

While the outlook for speculative development and domestic investment remains cautious, overseas investors are champing at the bit to get a good deal in the British capital, sucking up any space available, and not necessarily at the predicted bargain basement prices. 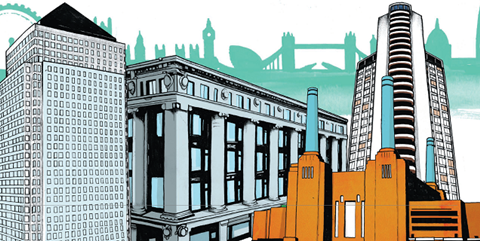 Those who thought London’s reputation on the global stage meant it would be well insulated against the uncertainty thrown up by the referendum result would seem to have been proved right… so far, anyway.

It would be foolish to declare that the London market is completely out of the woods; there may be trouble ahead. But for now, all signs point to a London market that is healthier after a shock EU exit vote than anyone could have hoped.