Last week saw the announcement of not one, but two major build-to-rent (BTR) schemes in Scotland - the biggest to date north of the border. 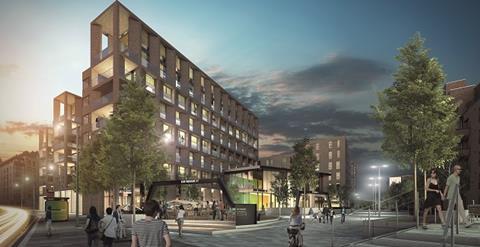 Moda Living will develop a £215m BTR scheme in Edinburgh

Signalling the first concerted move to address the “serious shortage” of high-quality residential accommodation in Scotland’s two major cities, investor Get Living has purchased a site in Glasgow for a £200m scheme of 600 units - its first outside London - and Moda Living and Apache Capital have announced a £215m scheme in Edinburgh comprising 525 flats.

Until now, the Scottish BTR market has lagged behind the market in England, with just a handful of deals signed - something that has largely been attributed to political uncertainty. So does the fact that two new schemes have been unveiled in the same week mean investors are overcoming their concerns?

Tony Brooks, Moda’s joint managing director, is certainly upbeat. He believes the prospects for PRS investment in Scotland are as attractive as in England and says that is why Moda decided last year to make its first investment in the country, in a 365-unit development in Glasgow.

“Both Edinburgh and Glasgow are good cities and Glasgow is the fourth biggest in the UK,” he notes. “There is also a serious shortage of high-quality residential accommodation in both city centres.”

Scotland is a good bet for BTR…you’re pushing against an open door - Andrew Screen, CBRE

Andrew Screen, a senior director at CBRE focusing on residential investment and funding, agrees that Scotland’s two largest cities are ripe for investment. “Scotland is a good bet because of the economy and the enthusiasm from the public sector for BTR. You’re pushing against an open door,” he says.

It has also issued a planning notice instructing local authorities “to carve out PRS within the planning process” and, unlike the English and Welsh governments, did not implement the 3% stamp duty surcharge on additional homes.

“The Scottish government backs BTR,” he says, describing the Moda deal as a “benchmark” for the market.

On the flipside, the government also passed the Private Tenancies Bill last year, giving councils the option to introduce rent caps. Couple this with the looming spectre of a second independence referendum and Scotland’s political uncertainty becomes difficult for investors to ignore.

Screen estimates that around half of BTR investors have ruled out Scotland, with the potential second referendum being the main sticking point.

“If you could get rid of that, Scotland would become more popular,” he says. “England has been going hell for leather on developing PRS. There is normally a bit of a lag between London and the regions anyway, but that’s even longer because of [the politics].”

Brooks acknowledges the political concerns, but does not think the referendum should be an obstacle.

“This is a domestic product for a domestic market. Residents are not going to leave these cities regardless of what happens with the referendum,” he says, adding that the five-year design-and-build period meant Moda needed to “look beyond the current political scenario”. 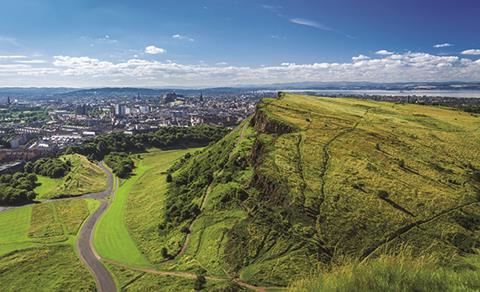 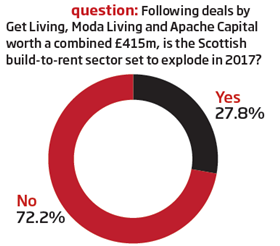 Rents are also an issue. Edinburgh commands the highest rents in Scotland, making BTR schemes viable, but suitable sites are hard to come by.

In Glasgow, rents are lower, but Screen says the city is “on the cusp” of achieving rents high enough to make the average BTR development stack up.

So last week’s deals are unlikely to herald a BTR revolution in Scotland - as our Property Week online poll showed.

But if investors take a long-term view - and rents continue to rise - BTR could start to play a bigger role in the housing market north of the border, referendum or no referendum.