Built-in wellness is becoming a fact of life

When the White Collar Factory in Old Street, London, opened its doors earlier this month, it wasn’t so much the office space that drew attention as the 150-metre running track that sits atop the 16-storey building. 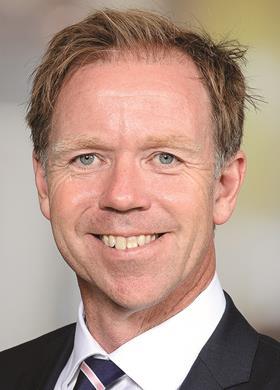 While wellness has, in some quarters, become the property industry buzzword for 2017, this is one of the most visible examples we have seen in practice and it certainly won’t be the last. Developers are increasingly including these innovative features at design stage, creating the first wave of ‘well buildings’ across the country.

This phenomenon is not unique to the office sector; the industrial market is also starting to understand the benefits of putting staff first.

While it may be a cliché to say employees are a company’s biggest asset, countless productivity studies prove that employees’ work efficiency is directly linked to their happiness and the traditional warehouses of old, with minimal natural light and stark amenity, are not necessarily conducive to this.

In Savills and the British Council for Offices’ most recent What Workers Want survey, 31% of staff said that their workplace had a negative impact on their physical health and 28% said the same of the impact on their mental health. This is why forward-thinking landlords and logistics developers are now interacting with bodies such as the International WELL Building Institute, which looks to “advance buildings that help people work, live, perform and feel their best”. 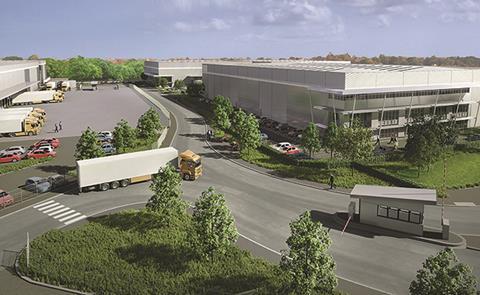 Park Royal - sheds are stepping up in quality in London

As certain parts of the logistics market become increasingly automated, requiring highly skilled workers to oversee complex processes, companies are now more than ever having to compete in order to attract and retain staff and are considering using wellness as a selling point.

For this reason, any old shed will no longer do. In response, enlightened developers are starting to create ways of allowing occupiers to pick and choose just how ‘well’ they want their buildings to be at design stage. This could include anything from a climbing wall to an outdoor gym or even footpaths through landscaped gardens.

Wellness will slowly seep into our collective consciousness

With wellness initiatives still in their infancy, there are currently no active UK examples of accredited buildings, industrial or otherwise, to assess their impact. There have of course been those who have questioned the necessity of incurring additional build costs, when it could be argued that the metrics used to measure something as vague as ‘wellness’ are not so clear-cut.

However, staff contentment in the workplace is increasingly considered invaluable.

The idea of wellness is not dissimilar to the green fog that descended on the property industry 10 years prior, when sustainability was the word on everyone’s lips. Since then, it has become embedded in projects from inception to completion and has ultimately shifted expectations of occupiers and investors alike.

In around a year’s time we will probably bemoan the fact that wellness has been overdone, but by that point it will have slowly seeped into our collective consciousness, infiltrating the decision-making process long into the future.

Accredited or not, what we must do now is create a blueprint that developers and landlords can use both for new-builds and retrospectively to create buildings that put people at their centre. To this end, there are a number of simple, cost-effective measures that can be employed when undertaking a fit-out, refurb or base build that will transform any place of employment for the better.

Simon Collett is head of building and project consultancy at Savills