As the global security threat grows, so does people’s bunker mentality. 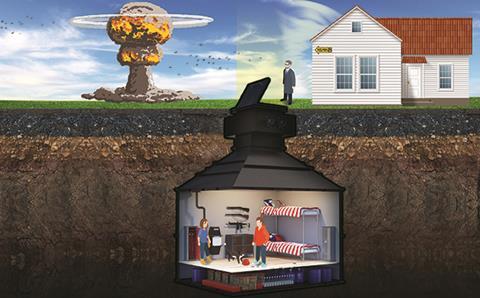 RCjunior is a worried man. He is concerned about his wife and his dog. He is anxious about the current global political climate. And he is worried about what might happen to him and his family when “the shit hits the fan” - or as he puts it when “SHTF”.

That is why RCjunior wants to build an underground bunker for his family in a rural area along the north-east coast of the US. Indeed, he has already picked out several potential locations “in the middle of nowhere” for his bunker, which will incorporate his own design ideas in addition to features suggested by like-minded members of online forum Reddit - RCjunior is his online name.

“Money is no object,” he says. “Safety and self-sufficiency are of the utmost importance.”

He is not alone in feeling that way. Companies that provide secure bunker facilities and shelters report that enquiries have increased sharply in recent months as a growing number of people consider taking extreme measures to protect themselves and their families amid the heightened security threat. 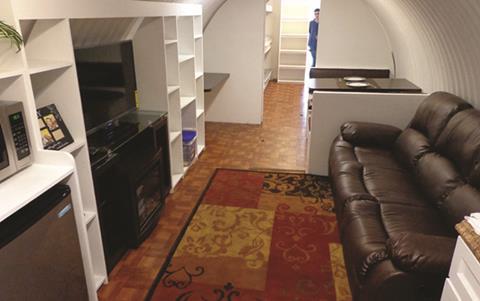 The risk of a nuclear war with North Korea, ongoing instability in the Middle East, the growing number of terrorist atrocities in the west and climate change are all reasons cited by customers. So how does this little-known part of the property industry operate - and how much of this growing bunker mentality is actually translating into take-up?

Essentially, underground bunkers can be built anywhere from the mountains to people’s backyards. The footprint of an average-sized bunker is typically less than half the size of someone’s home and many people choose to build their house on top of the shelter to hide it. 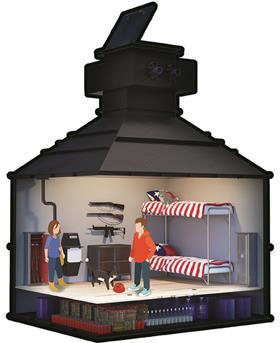 Bunkers can be made from a wide range of different materials - from metal pipes through to concrete - and can then be fitted out to match the owner’s individual specifications.

“We are the Four Seasons, the Marriott, the top-of-the-line [bunker provider],” says Darrel Rundus, vice-president of marketing at Texas-based Rising S Bunkers. “We build luxury underground bunkers of up to 4,000 sq ft [fitted] with all kinds of amenities you can find in luxury homes.”

Sometimes people use former military bunkers, but “certification of the many aspects and components is very difficult, if not impossible”, with these buildings, says Al Corbi, founder of Washington DC-based SAFE (short for Strategically Armored & Fortified Environments).

Historically, people used to think underground bunkers were just something ‘crazy people’ from the survivalist movement were preoccupied with - the ‘preppers’ or ‘doomsdayers’, as they are often referred to. They would fill their bunkers with canned foods and a horde of automatic weapons, then patiently wait for the apocalypse to happen.

However, these days, buyers do not fit a particular stereotype, according to bunker providers. “I don’t think you can really say there is a ‘typical’ [customer]. They range from small families up to celebrities and billionaires,” says Rundus. 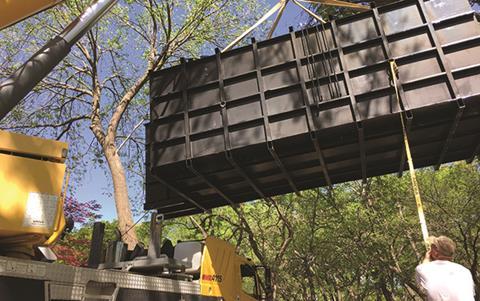 Part of a Rising S bunker is lifted on site

It is not just in the US that people are enquiring more frequently about such accommodation. British people are too, but they tend to favour a slightly different type. “While we can provide panic rooms, our clients tend to be wealthy people at risk as opposed to survivalists,” says Bob Morrison, commercial director at London-based Sec-Tech. “People who buy panic rooms are the same people who buy [armoured] cars.”

Motivating factors behind commissioning the construction of a shelter can vary wildly. A lot of new bunker customers are worried about the global political climate, whereas members of the prepper community tend to focus on the dangers posed by house fires or natural disasters.

Ron Hubbard, president of California-based Atlas Survival Shelters, says that in 2011, the year it launched, it sold around a dozen bunkers. This year, he expects to build around 1,000. 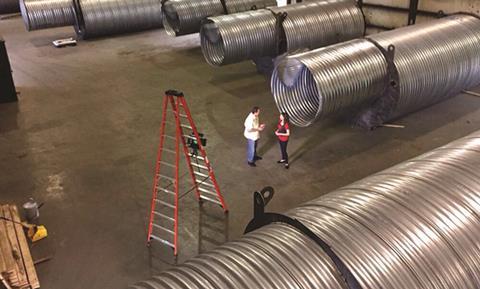 Discussing the construction of an Atlas shelter

“The round Atlas culvert shelter is a real nuclear bomb bunker buried 7m deep that will withstand the blast and gives you up to one year survivability, whereas the FallNado and BombNado are designed for 30 days, which is long enough for the fallout to decay and make it safe to go outside,” says Hubbard.

Although there are affordable options, many customers are prepared to pay far more for the peace of mind that comes with a more deluxe model, says Rundus. “If you are a billionaire, when it comes to bunkers it’s a bit like car insurance. You don’t want to pay for it, you don’t think you need it, but it’s there in case you do need it. You hope you never have to use it but it is better to be ready.”

And the current global unrest means more people appear to be getting ready than ever before. Rundus reports customer enquiries have increased by as much as 500% since December and that sales have doubled in the past 12 months.

He adds that he does not expect interest to die down any time soon. “You can attribute that to the US presidential election but also to things like Brexit, North Korea and the recent nuclear tests, the unrest in the Middle East and the civil unrest in the US,” he says. “We have seen crazy weather and floods in California, Texas and the central states. I think people are made a little uneasy by these things.”

Which brings us back to RCjunior. He says he has always been curious about getting a survival shelter and that recent events have made him even more interested, but he thinks the “cost is extremely high”.

The question now is: will he and people like him follow the lead of the survivalists and preppers and take the plunge?