Last week the government released its much-awaited consultation on a new approach to calculating housing needs, as flagged by Alok Sharma at the RESI Conference. 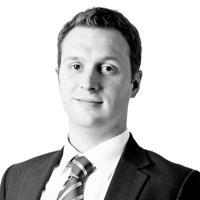 The government has trumpeted this as being the way in which housing supply will be boosted in the areas that most need it. However, a cursory look at the results of the new approach reveals a different picture.

Far from boosting supply in areas experiencing the most intense affordability challenges, the new approach results in a reduced housing need figure in some places. For example, Oxford - regularly cited as one of the least affordable places to live in the country - sees its housing need figure slashed by more than half.

It appears that the new methodology has not been subjected to a reality check. Birmingham sits at the heart of the ‘Midlands engine’ and has a recently adopted local plan. The government’s new local housing need figure is 870 homes a year lower than Birmingham’s most recent assessment of need. Elsewhere, Barrow Borough Council may have been surprised to learn that the government thinks no new houses are needed at all.

Such curious results occur for a number of reasons. First, the new approach relies on only two indicators: household growth and affordability. Second, the government has placed an artificial cap on housing need at 40% above either the national household projections or a recently adopted housing target where one is in place. Third, no account is taken of the crucial relationship between the economy and housing.

This is not to say that ambitious councils cannot plan for higher growth, but what incentive do they have to plan for more? Considering that the government has retained its commitment to protecting the green belt, this is likely to become a default reason cited by councils that are seeking to adopt lower housing requirements.

The government expects ‘unmet needs’ to be politely accepted by neighbouring councils. However, there is no compulsion for them to co-operate.

These are illustrations of the difficulty in adopting a one-size-fits-all approach to housing needs. The outcome is likely to be delays to local plans, uncertainty for developers and frustration for those in need of a home.