The outlook for the UK industrial and logistics sector remains fairly positive despite uncertainty caused by Brexit negotiations, according to the results of Property Week, Savills and Tritax Symmetry’s third annual market census, in association with Analytiqa. 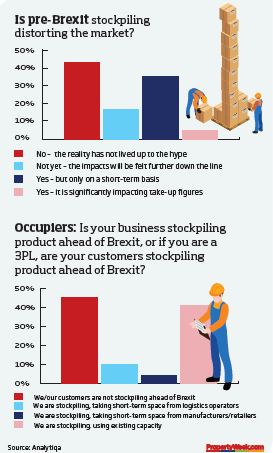 This projected increase of take-up comes off the back of a solid performance this year, says Kevin Mofid, director research at Savills.

“Occupier demand in the logistics market remains strong with more than 28m sq ft of warehouse space being taken on new leases so far in 2019,” he says. “With Brexit dominating thoughts at the moment, it is pleasing to see that occupiers are still expecting to take more space into 2020 and beyond. This correlates with what we are seeing in the market at the moment with many active requirements from retailers looking to gain supply chain efficiencies.”

The market posted a strong performance this year despite fluctuations in the value of the pound, the mixed economic outlook and wrangles in Parliament.

However, the UK’s proposed exit from the EU is causing concern for some of the survey respondents. Asked to identify the biggest challenge facing the sector, just under 6% cite Brexit or economic and political uncertainty. 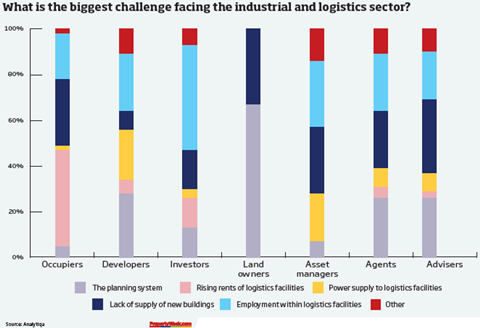 This is underscored by the number of occupiers that are stockpiling. Some 40% of survey respondents say Brexit stockpiling is distorting the market and around half (55%) of occupiers say they, or their customers, are currently stockpiling ahead of Brexit.

However, of those who are stockpiling, three-quarters (75%) say they are using existing capacity to do so rather than taking on additional short-term space. 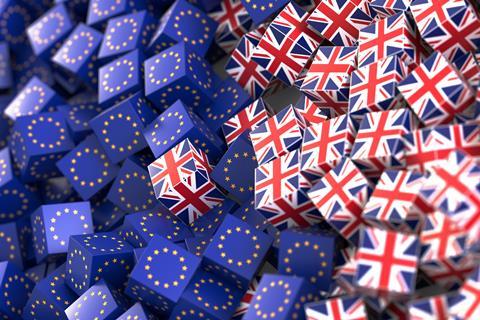 “With Brexit dominating thoughts at the moment, it is pleasing to see that occupiers are still expecting to take more space into 2020 and beyond” Kevin Mofid (Savills)

Brexit has not been as damaging as some people initially feared it would be, with 44% of survey respondents saying it has not lived up to the hype. Yet many in the industrial and logistics sector are finding business conditions difficult at the moment.

Just over half say business conditions this year are more difficult compared with the previous six-month period – an increase on last year when 38% said conditions were becoming more difficult.

While 31% think business conditions are the same (down from 35% in 2018), there is a drop in those who are finding conditions slightly more favourable – 9.8% compared with 24% in 2018 and 23% in 2017. Agents remain the most bullish when it comes to the current state of the market, but only 13% of them think things are either slightly or much more favourable, whereas around half of occupiers (46%) believe things are more difficult.

In this year’s survey, employment in logistics facilities is a key concern for nearly a quarter of respondents (24%) due to a shortage of available workers. This issue is expected to be at least partly resolved by the greater use of technology and automation in warehouses – 84% of developers and landowners think that technology will have a game-changing or big impact on supply chains in the coming year compared with 70% last year. 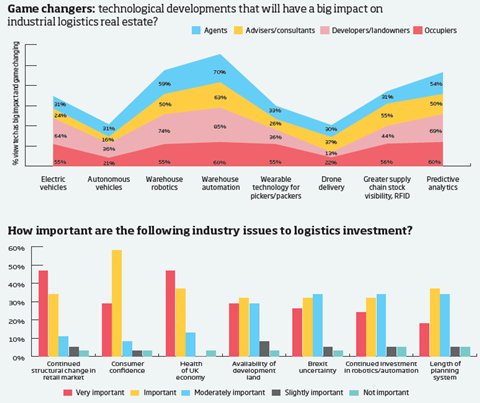 “The survey identifies that warehouse automation is expected to increase in the coming years as labour availability becomes even more of an issue with occupiers,” says Mofid. “This means that energy availability will continue to increase in importance to occupiers as they look to automate their operations, but also move towards alternative fuel vehicles.”

Another cause for concern is the shortage of available industrial and logistics stock, with a third of respondents highlighting the issue. Stock needs to be in the right location, points out Ben Hiles, director of infrastructure and engineering at DHL, who adds that the sector needs to “better understand final-mile delivery requirements in terms of locations”.

It does not look as though this shortage will be addressed soon. Only a fifth of agents and consultants think the rate of speculative development will increase next year, while 41% expect it to remain at a similar level. Nearly a third (30%) of developers expect to target more speculative space next year – compared with 51% last year – while 54% of developers expect speculative development levels to remain similar over the next 12 months.

Mofid says that if the level of development falls, it is likely that vacancy rates in many markets will also fall, which will in turn maintain upward pressure on rents. 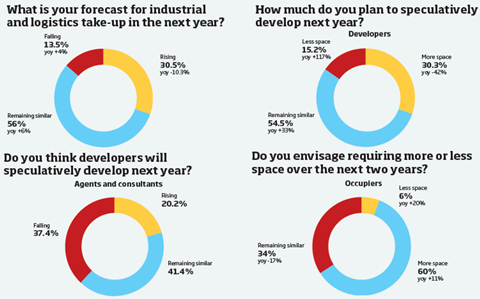 It is a view shared by Christian Matthews, director at Tritax Symmetry. “[Some] 60% of occupiers anticipate needing more space. The lack of available new buildings is an issue and only 20% of agents and 30% of developers think there will be more spec space next year,” he says. “The conclusion of these two fundamentals – more demand and less supply – points to increased rental growth.” 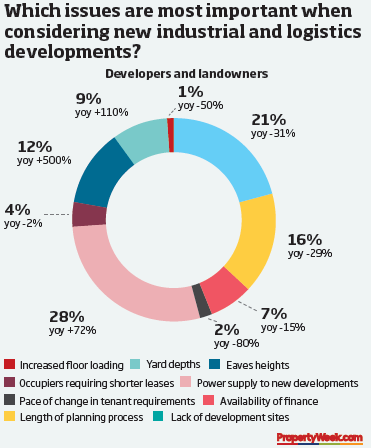 In addition to concerns about the lack of supply, survey respondents are also worried about future projections for investment activity in the industrial and logistics sector. Just over a third of agents, investors and asset managers expect investment in the sector to drop off in the coming year, with 41% expecting it to stay the same. The ongoing challenges facing the retail sector have contributed to this shift in perception. As retailer CVAs and portfolio rationalisation programmes have continued apace this year, it is not surprising that 47% of investors say retail performance is a big factor.

Matthews says that despite the acknowledged difficulties faced by some retailers, investment market fundamentals for the industrial and logistics sector “remain good, with 66% expecting them to be similar or rising, which given the record high transaction levels is positive”.

Once the Brexit cloud looming over the UK passes, there could well be blue skies ahead for the UK industrial and logistics sector.