Cluttons put together a group of industry experts for the second-ever RESI Senate Lunch at Mipim to debate the challenges facing the residential sector as well as the opportunities that build-torent (BTR), regional development and modular construction offer the industry. 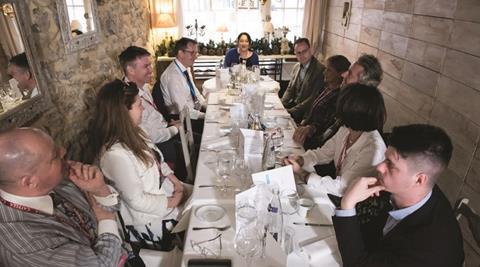 All images by Paul Burroughs

Chaired by Property Week editor Liz Hamson, the panel featured a few familiar faces as well as some new ones to talk about where the industry is, the health of the market and the events of the last 12 months.

With political events rumbling in the background, the elephant in the room was Brexit and its potential impact on the industry.

WATCH HIGHLIGHTS OF THE PANEL DEBATE

“I think we can’t ignore it,” said Dominic Grace, head of London residential development at Savills. “In many ways, it has almost overshadowed everything else,” he added, arguing that it has distracted the government from the many other problems that need to be addressed. 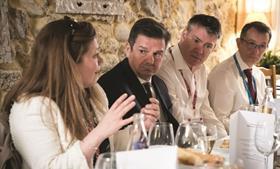 Alex Notay (left): “I have a real issue with the idea that renting is perpetually second class”

One such issue is BTR.

Alex Notay, build-to-rent fund director at PfP Capital, criticised housing minister Kit Malthouse’s announcement that housebuilding should be the number one domestic priority after Brexit and that every 25-year-old wants to own their own home.

“I have a real issue with the idea that renting is perpetually second class,” she said. “A home can be a rented home.”

Not everyone on the panel agreed that renting is viewed as second class.

“I no longer see so much of a stigma about renting,” said Dennis Watson, head of real estate at Barclays. “But I take the point that there are no doubt pockets of it that exist.” Watson also observed that most Britons still saw home ownership as a long-term investment.

Helen Gordon, chief executive of Grainger, noted that this notion of home ownership as an investment was unusual compared to attitudes in Europe. “Across Europe, they wouldn’t even recognise the phrase ‘property ladder’ because there is no presumption that if you buy a house it will go up in value,” she explained.

Mark Collins, chairman of UK residential at CBRE, argued that part of the problem was the way the wants and needs of young people who want to get on the property ladder were generalised, not just by Malthouse but by the whole industry. “I think we’re listening in part, but we need to listen with both ears,” he said.

In the spirit of listening to the needs of renters, Debra Yudolph, partner at SAY Property Consulting, revealed that SAY had conducted research that looked at spare room renting. “The quality of the accommodation [we looked at was] quite unbelievably disgusting,” she said. “It hasn’t got any better from when I was renting,” she added. 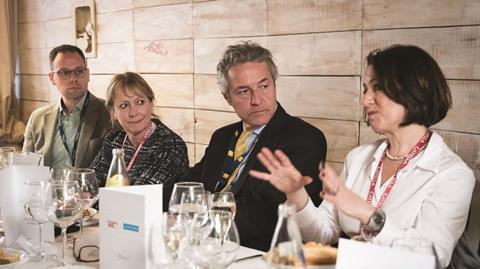 She was keen to stress how this research revealed that it is not only younger people struggling to make it on to the property ladder who are renting these low-quality spare rooms but older people, too. “For a low-value area, it’s really expensive and that bit of the market is never discussed, never talked about,” she said, emphasising the worrying lack of regulation in this forgotten corner of the industry.

As well as discussing the rental sector, the panel also expressed concern at the way the planning system scuppered development.

Nick Riley, board director at Whittam Cox Architects, said that “the process is so much harder than it’s ever been”.

Find out more: Planning – the state of play

However, the self-identified “token northerner” Phillip Barnes, group land director at Barratt Developments, claimed that his experience of obtaining planning permission in the regions was very different to what he had heard happened in London.

“Those viability challenges in London – we don’t have that in Scarborough or the West Midlands,” he said, adding that the planning system in London “seems to be getting worse at a faster rate”. 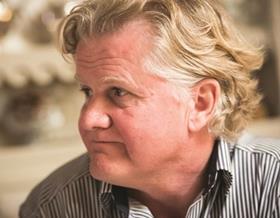 Tony Brooks: “London is almost in the too-hard-to-do box [for viability]”

He said the amount of energy and time that needed to be put into getting a scheme in London off the ground was a big part of the reason Moda is investing so much in places such as Birmingham, Manchester and Glasgow instead.

“It would be delightful to have a third of our portfolio inside the M25, but it’s just too tough,” he concluded.

James Gray, managing partner at Cluttons, said the main issue with the planning system was the way it changed with the prevailing political ideas of the time.

“All we ever do is dance from one political view to the other,” he argued. “If you take a macro view, we as a country have never solved the housing crisis.”

Reasons to be cheerful

In spite of their concerns, the panel were optimistic on the whole about the future of the sector. Regional development in the face of Brexit and the rise of greater technological innovation in the industry were reasons for this.

For PfP Capital’s Notay, one of the most exciting technological trends was modern methods of construction. However, for this technological revolution to really take off, she emphasised that there needed to be more collaboration within the sector.

“That is the biggest challenge to the adoption of modern methods,” she said. “Somebody somewhere has to take the decision to sacrifice intellectual property and market share.”

It was a sentiment echoed by CBRE’s Collins, who stressed the need for the industry to talk with one voice, citing the industry’s collective response to the Letwin Review as an example of the kind of cross-industry partnership he believed there needed to be more of. 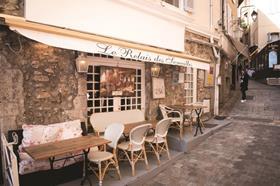 The RESI Senate joined in debate in Cannes

The sector might have many obstacles to overcome, but the panel’s general outlook was one of cautious hopefulness in the face of unpredictable headwinds.

With Parliament still undecided on what will happen after Brexit, it is comforting to know that these industry experts are confident about what the residential sector will look like in the future.

Arranged by Property Week Client Solutions in association with: