Survey results show that tech is key to productivity

Over the last 12 months or so there has been a lot of talk about the ‘acceleration of pre-existing trends’ and the ‘new normal’, but in the context of the property industry and its use of technology, what do these phrases actually mean? 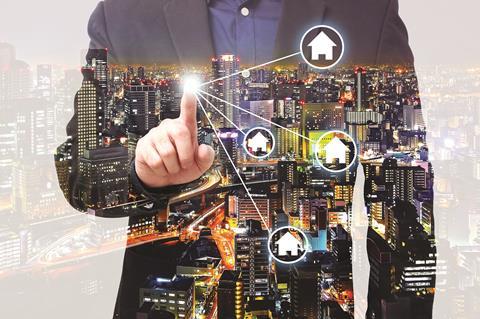 Firstly, the findings show that over the last 12 months businesses have become increasingly reliant on technology, both to communicate with colleagues and clients and to undertake day-to-day tasks, and adoption rates of a wide range of different technologies have rapidly accelerated.

It therefore comes as little surprise to hear that going forward into the ‘new normal’, 73% of respondents think their business will have a greater reliance on technology to undertake tasks such as meetings with clients and colleagues and back-office functions – only 13.4% anticipate returning to predominantly face-to-face meetings when appropriate.

At many companies, much of the technology so heavily relied on during lockdowns was in place prior to the pandemic, but was barely being used, although some businesses had embraced tools such as Microsoft Teams and Zoom more readily than others. So in terms of the acceleration of pre-existing trends, the fact that Teams/LoopUp and other video conferencing tools such as Zoom were the pieces of proptech or software that have been most invaluable to people during lockdown again does not come as a great surprise. 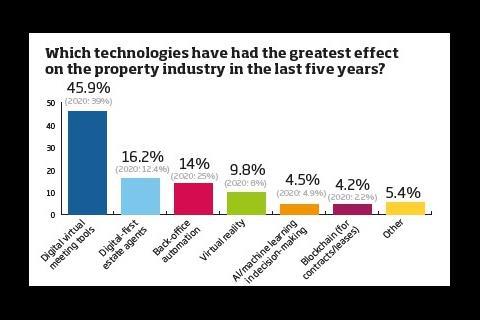 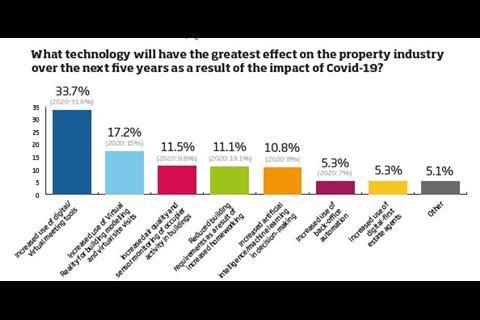 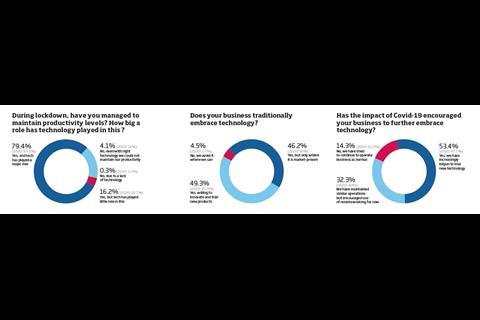 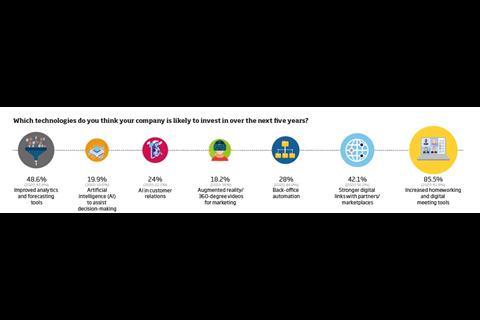 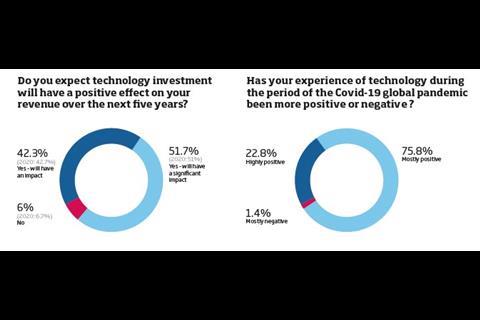 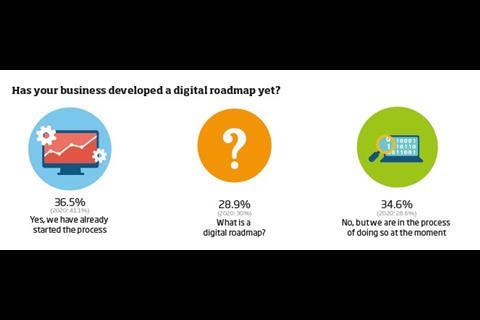 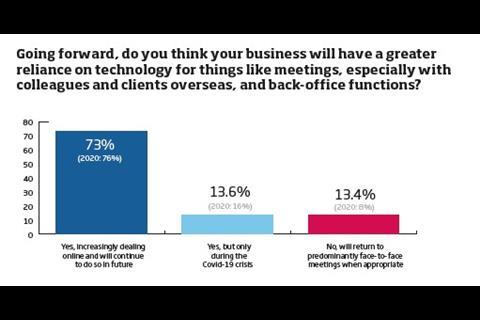 The value of investing in technology has become clearer to people during the pandemic, with 94% of respondents anticipating technology investment will have a positive impact on their revenue over the next five years.

As to where the bulk of this investment will be made, there has been a slight shift in sentiment. Some 45.9% of respondents say digital/virtual meeting tools are the technologies that have had the greatest effect on the property industry in the last five years (in 2020 that figure was 38.7%), with the importance of virtual reality increasing slightly (9.8% versus 8% in 2020). 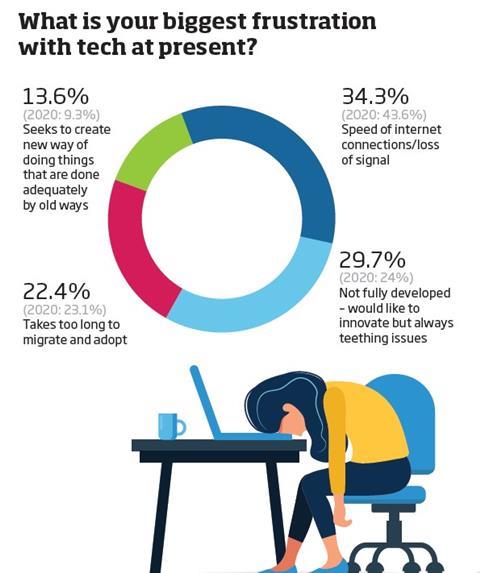 Moving forward into the new normal, 33.7% say digital/virtual meeting tools will have the greatest impact on the property industry over the next five years as a result of Covid-19, with 17.2% feeling the increased use of virtual reality tools for building modelling and virtual site visits will have a major impact.

As for which technologies people expect their companies will look to invest in over the next five years, 85.5% said money would be spent on increased homeworking and digital meeting tools. Last year, only 19.1% of respondents gave this answer, suggesting that homeworking is going to be part of the new normal for some time to come.

Darren Williamson, national head of real estate at Freeths, says: “‘The world is your oyster’ is fast becoming ‘the world is your office’. Covid has opened our eyes to the agile working possibilities tech platforms offer. Those who invest in these platforms and empower their people to use them will be the successes of the future. The survey shows that we are all recognising this will change the way we work forever.”